Spent a number of years after leaving school trying to find his way in the world, moving through a curious arc from army to art school. He travelled and worked widely in North and Central America. He finally settled down to studying photography and cinema in London, graduating in 1977. His first job after University was as assistant editor for the then unknown director Ridley Scott. He was sacked after three months for running the rushes of the film “Alien” upside down; shortly afterwards he decided that the film industry was not for him nor he for it.

Footloose and fancy free again he spent a year in Cairo working for Egypt’s first advertising agency in the post-soviet era before chancing upon a job that took him to Italy for a week – he has been there ever since.

He set up his own studio in Bologna as a fashion and advertising photographer in 1988. As a relief from purely commercial photography he embarked upon the series that later he was to call the Belle – a series of tableaux inspired by painting, sculpture and occasionally music and cinema, using non-professional models of all ages and types. 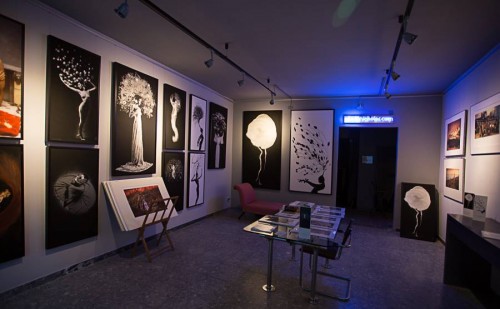 In 2007 he turned his back on commercial photography altogether to strike out into unknown territory by setting up his own photo gallery in the small jewel that is Orvieto, on the borders of Tuscany and Umbria. Of late he has combined more and more landscape and figures in a uniquely Tuscan vision. He still has to create an image inspired by “Alien” – the cause of his downfall over thirty years ago.

Patrick divides his time between professional photography for the fashion industry, advertising and portaits as well as running training courses for photographers of all levels of competence.

He is the founder  of Camera Etrusca (www.cameraetrusca.com), residential photography courses held in the stunningly beautiful Umbrian city of Orvieto,  in central Italy, as well as Portugal and Bohemia.