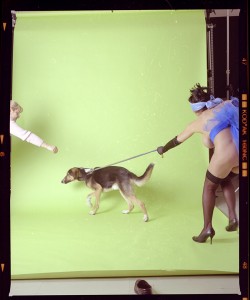 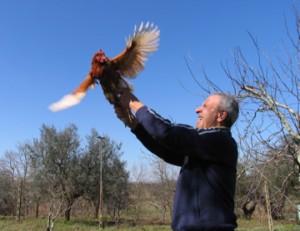 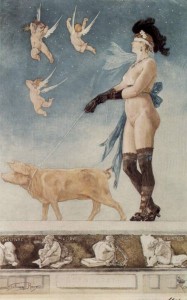 It is my habit to ask the subjects of my pictures to bring something of their own to the set – Gabriella brought her dog! 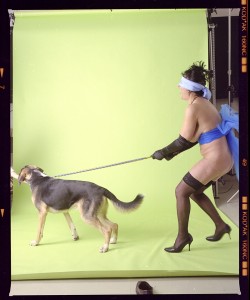 This proved to be a mistake as he was too young and frisky and had to be ushered out before he wrecked the studio. It was Gabriella herself who suggested the substitute – the rooster, symbol of her home town, Forlì. Rooster is galét in Romagna dialect – very apt for  a woman I imagined stepping out of the Moulin de la Galette.

Afterword This picture was destined for the cover of the Sunday Times magazine in July 2005. Sadly the bombers struck the  London Underground the week before publication and so the picture was moved to the inside – and the size of a postage stamp. 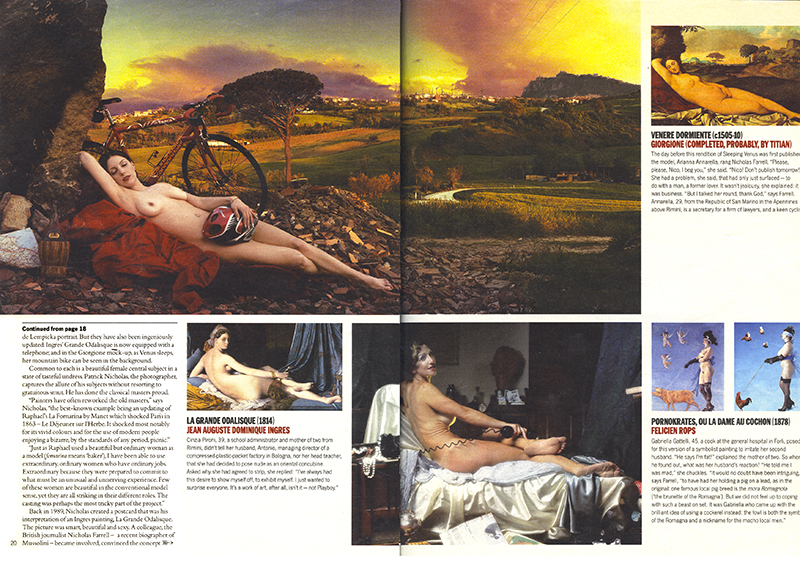