I have been working on a new photo for the “Belle” series. 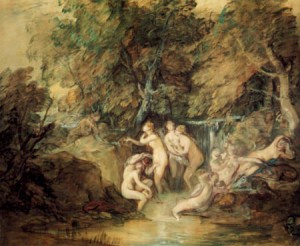 The models were Monica and Samuel from Lugano, Switzerland who had seen a documentary about “Belle” on Swiss TV. They wished to do a picture together so I suggested the gruesome story of Diana and Actaeon.

Why was Diana so beastly to Acteon? Perhaps it ran in the family, her brother Apollo had Marsyas the satyr flayed alive after losing at a musical duel. The unecessary cruelty appears to be part of the psycholgical shock tactics of mytholgy. When Titian painted his Marsayas a fellow Venetian had just been flayed alive by the Turks  and he probably chose the subject himself. 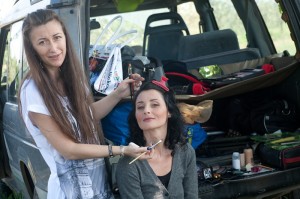 Mythological scenes were all the rage during the Renaissance, patrons were no longer entirely clerical. The Renaissance mind found the Bible psychologically and artistically limiting with its one God, an almost all-male cast, even Mary is written out of the New Testament after a few scenes. Whereas mythology had a wonderful cast to choose from – and a lot of women. Diana is a curious mix of munificence and malignity.

Snakes are harmless unless you step on them, and Diana is like a snake, beautiful but repellent – and dangerous. And in fact Actaeon does not actually do anything, he merely observes and and unwittingly too,  by doing so he is condemned to a hideous death, ignorantia juris non excusat , taken to the extreme. Diana turned him into a stag to be torn to pieces by his own hounds.

It set me thinking of John Wayne Bobbitt, his behaviour was less excusable than Acteon’s but then he only lost one limb  – and that to be sewn on again.

To see other images from the Belle series please visit my portfolio. 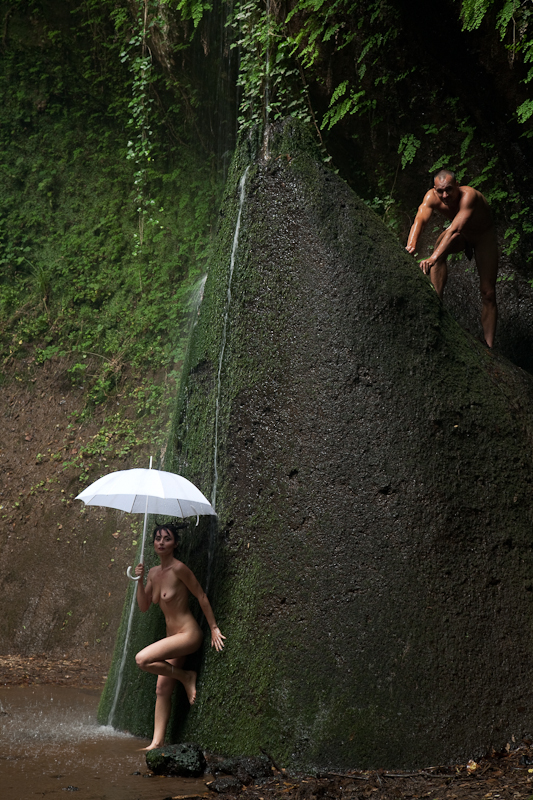