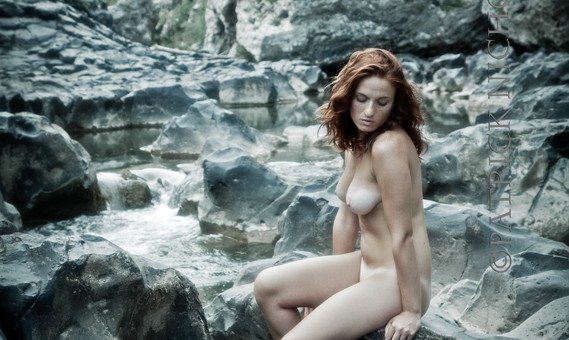 Orpheus and Eurydice, one of the best known and heart rending myths. The gifted Orpheus whose music was so lovely that he charmed not only women and ferocious beasts but even the trees and rocks. He fell in love with the beautiful nymph Eurydice but on their wedding day she was assaulted by a beekeeper who had lost his swarm. In making her escape from his clutches she was fatally bitten by a snake. The inconsolable Orpheus is granted the opportunity to retrieve his love from the underworld but warned not to look back at her on his way to the surface. He forgets, a Freudian slip perhaps? and the luckless Eurydice is dragged back down into Hades. Mythology abounds with broken promises of this sort and the bible too – think of Lot’s wife. The disconsolate Orpheus, who must have been kicking himself, wandered and ignored female company from then on. He was eventually torn to pieces by furious bacchantes after he had ignored their advances, his decapitated head, still singing, floated with his lyre downstream to the sea, eventually to be washed up on the isle of Lesbos. His lyre was turned by the gods into a constellation. 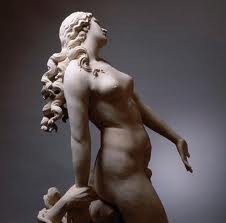 The story has had scores of variations over the millennia. Gluck’s opera has for example a happy ending with Orpheus and Eurydice reunited. The myth also developed  into a religion. Orphism grew out of  Dyonisiac rites (or Baccanalia in Rome) and as a vegetarian, peace loving mystery cult may well have been a powerful influence on early Christianity.

Orpheus has always been associated with Art and especially music and poetry, but the hapless Eurydice? Is she little more than a female device to make the story suitably tragic? Orpheus  would appear to represent the artistic principle. He is a hero who is not a warrior, yet he charms everyone and brings harmony to everything. But why is this not a woman’s role? Venus in counterpoint to Mars? But then how many women are artists? By any calculation male artists outnumber female in every field, even those particularly suited to women like painting, literature, poetry and music. It could be argued that it is harder for women in a man’s world, but by the same token it is not an easy road for a man either. How many have been driven towards the professions only to strike out against class and parental pressure to risk all for art? I myself turned my back on the soldier’s life for which I had been destined for a journey without maps into the art world.

Eurydice is left behind, forgotten almost by Orpheus, she returns to the earth, to Proserpina and Pluto whilst Orpheus achieves immortality through his lyre. Could it be that immortality is granted to men through art whereas continuity of mankind is the destiny afforded to women? Whatever else, the art world and prisons have one thing in common, they are populated overwhelmingly by men.

This picture was taken at Vulci because it looks rather like a Gustav Doré engraving of the underworld.  The model Martha was only eighteen and her mother came too. Mine is the hand dragging her down to Hades, Martha’s mother took the picture.