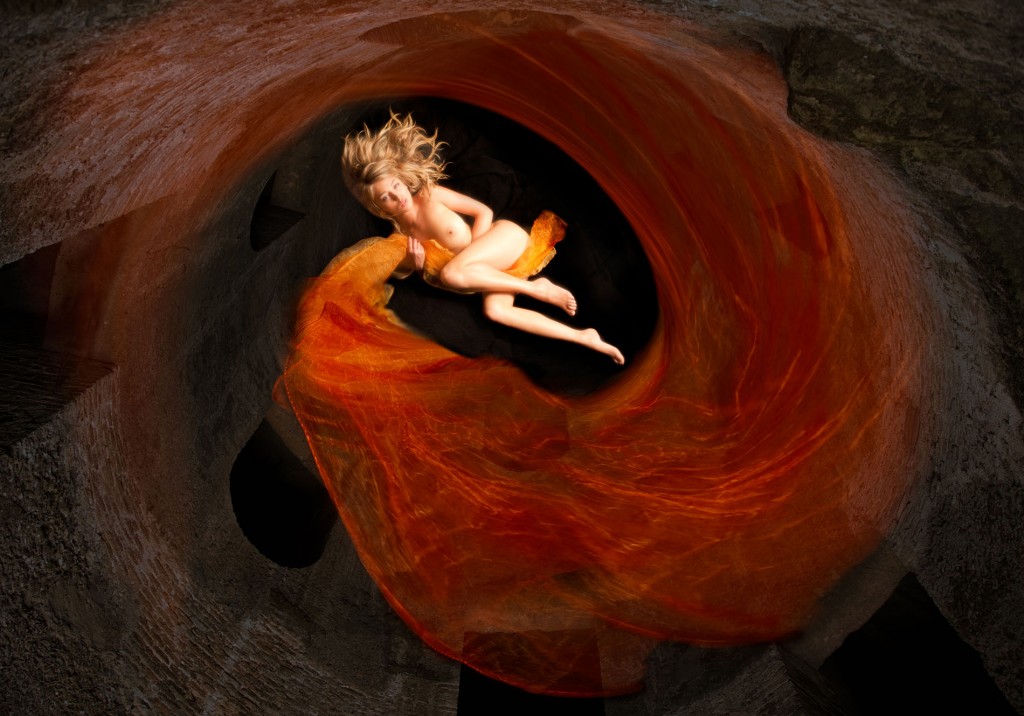 Acrisius King of Argos locked his fair daughter Danae up in an impenetrable underground shaft after the oracle prophesied he would be killed by his grandson. The King underestimated the lusty Jupiter who found his way down the pit as a shower of gold light or rain and as a result Perseus was born, the grandson destined to carry out the lugubrious prophecy.

The myth is unclear as to whether the divine shower is rape or lovemaking (a distinction that did not unduly bother the ancients), however the result was at least liberating because Acrisius, who unsurprisingly does not believe the story of divine rape, casts mother and newborn son adrift in a chest into the sea. 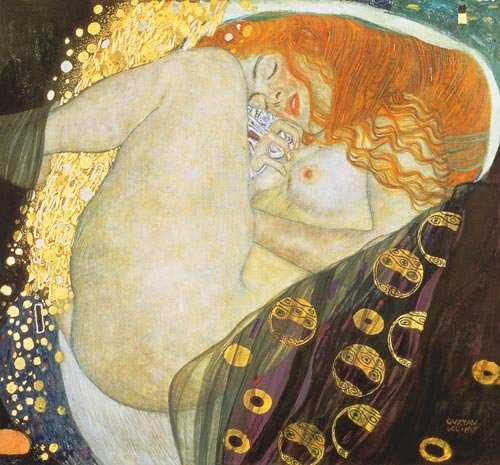 Mythology has several divine rapes apart from this one, there is Leda and the swan, Europa and the bull, Pluto and Proserpina, and attempted rape: Daphne by Apollo.

In the mythological story the unfortunate Danae herself is only of minor importance, she is, rather like the Virgin Mary, a vehicle for divine intervention in the affairs of men, namely the birth of the hero Perseus, founder of the Persian dynasty, lover of Andromeda, slayer of the Krakon, the Gorgon, and ultimately his grandfather Acrisius, albeit by mistake.

In painting Danae is not depicted as the mother of a hero but as a desirable maiden.

The well, like DNA, is a curious double helix, the person going down into the earth catches glimpses through the arches of the other going up, but they never actually meet.