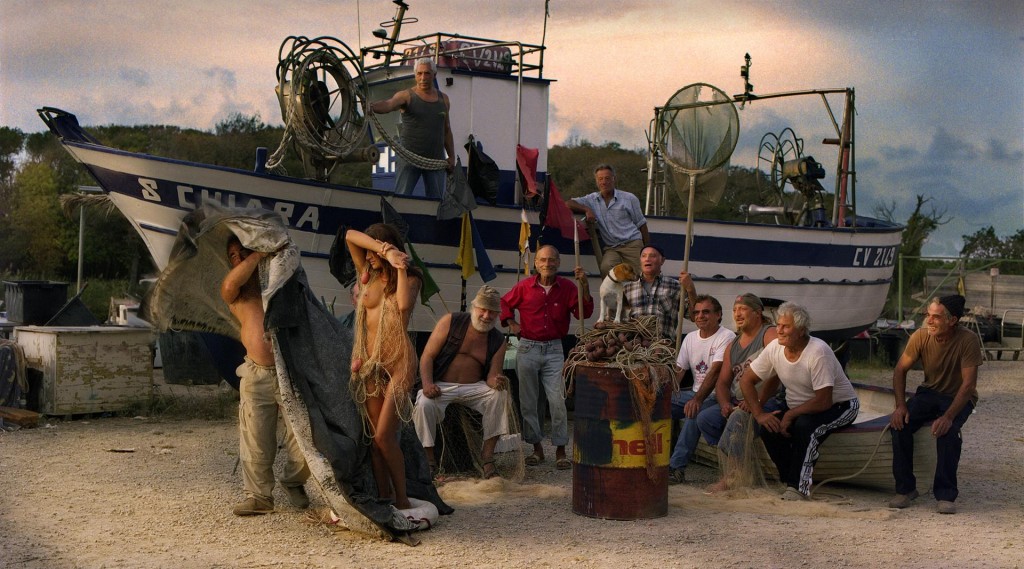 A legend, possibly based on fact, has it that Phryne, a fabulously rich concubine of outstanding beauty in ancient Greece, was on trial for her life, for murder for which she was assuredly guilty. Her counsel opted for a dazzling defence, literally: he disrobed her in front of the judges. She was acquitted.

Gerome was fond of illustrating stories from the Near East and the new bourgeois of Napoleon III’s France had an appetite for the sort of slightly racy painting of the mythology they had read as children. Nevertheless, Phrynne was rather shocking, but it did his career no harm – until the Impressionist revolution shook academic painting. Gerome was generous with the upstarts and admitted to finding Manet’s work ‘not bad’.

Phryne herself is an interesting subject and was in real life something of a muse. A woman of great beauty, loose morals and considerable astuteness (who would be surprised if she was not the instigator of the courtroom spectacle?). One day she was swimming naked in the sea when she was spotted amongst the waves by Apelles the most prominent of Greek painters. He was so impressed by the dazzling image that he painted his Venus Anadyomene after the vision. 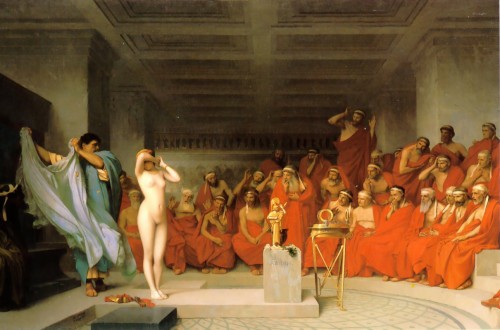 A painting so well known in Ancient Rome, and subsequently lost, that the mere description of it by Pliny was sufficient to influence renaissance painters such as Botticelli who never saw it. Quite apart from Apelles’ ability as a painter, the everlasting fame of the lost painting is also a tribute to Phryne’s beauty and character.

The idea of recreating this painting came as a surprise to my beautiful model Mary, a young Sardinian painter who happened into my gallery one day – she had been expecting to do a Gauguin. When I told her that I wanted her to stand naked in front of a dozen hoary fisherman she was not so keen. She came round in the end – perhaps because I told her she would be wearing a net. For the picture to work the model needed to be beautiful, which she was; the other ingredient was surprise -vital if the fisherman were to look suitably impressed. We kept Mary under wraps – literally – and the men as far away as possible until the big moment. I knew we would only get one shot at it. I was using a heavy, bulky old medium format film camera on a tripod – not a quick-fire SLR. On the word, the wrap came off and I got off about 6 shots in reasonably quick succession – only the first worked.