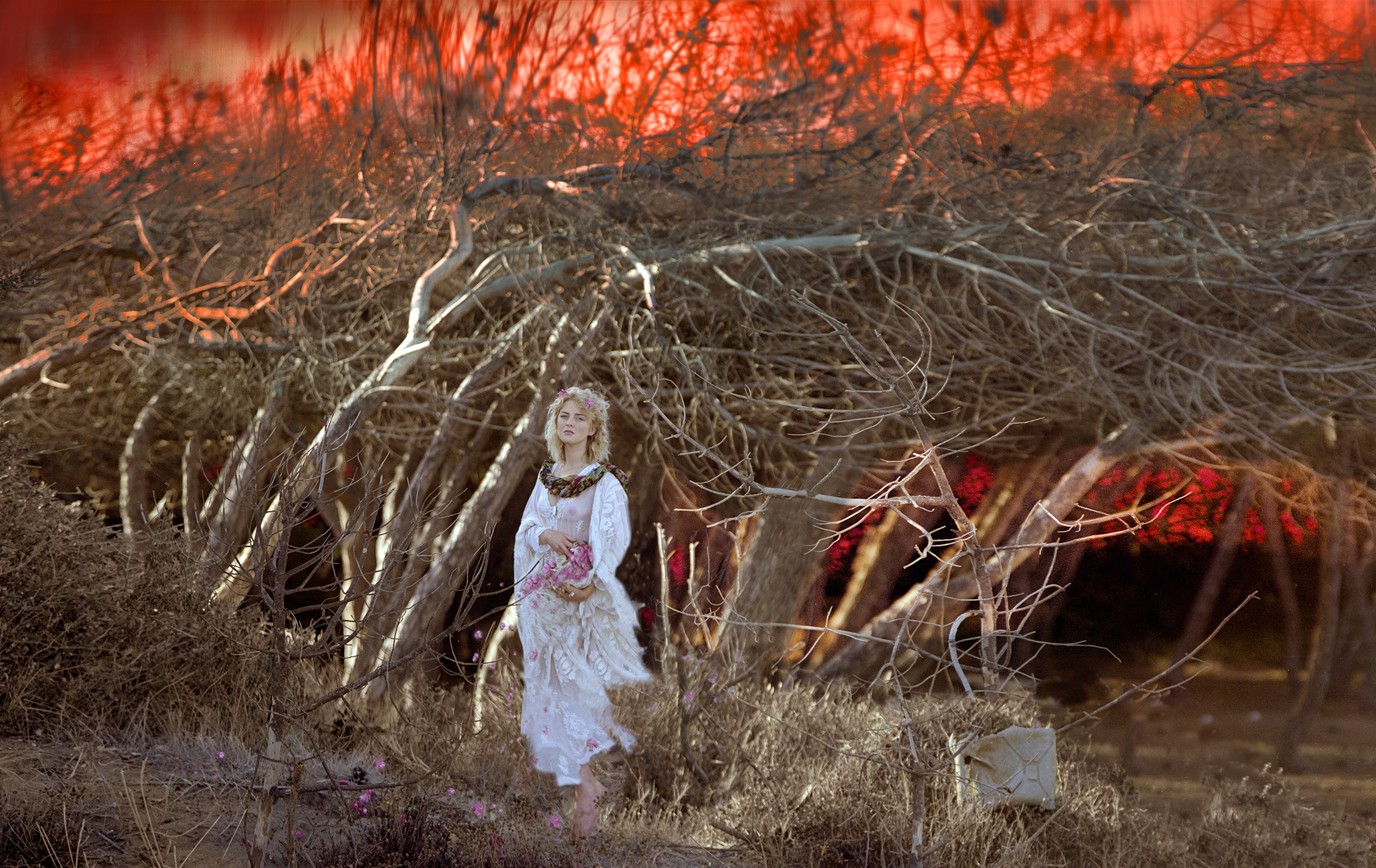 Botticelli’s masterpiece is a complicated painting and experts still argue over its meaning. It is also a very full painting with the three Graces, Venus, Mercury, Cupid, Zephyr, blowing on the nymph Chloris and the figure she metamorphosed into, Flora, scattering flowers.

Flora arrives in May but nowadays in Italy, May is also the beginning of the forest fire season and 2007, after an extraordinarily mild winter, was to be the worst year ever. We went to the mediterranean coast in early October to where a recent fire had ravaged the pine forest. We even found half melted plastic jerrycan and lighter on the very spot where Imogen was to pose – left by the culprits? Arsonists started hundreds of fires: hundreds of thousands of animals died, homes and property were destroyed and several people horribly killed. 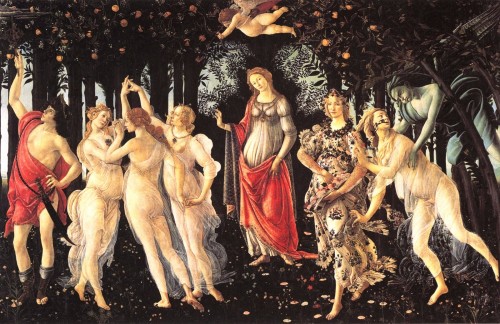 The Italian press almost invariably refers to these criminals as pyromaniacs, when they are nothing of the sort, at the very least there is method to the madness. Is there an environmental crime crueler than arson?

“Oh, my country so lovely and lost!
Oh, remembrance so dear and so
fraught with despair!”

Va Pensiero from the Opera “Nabucco” by G.Verdi