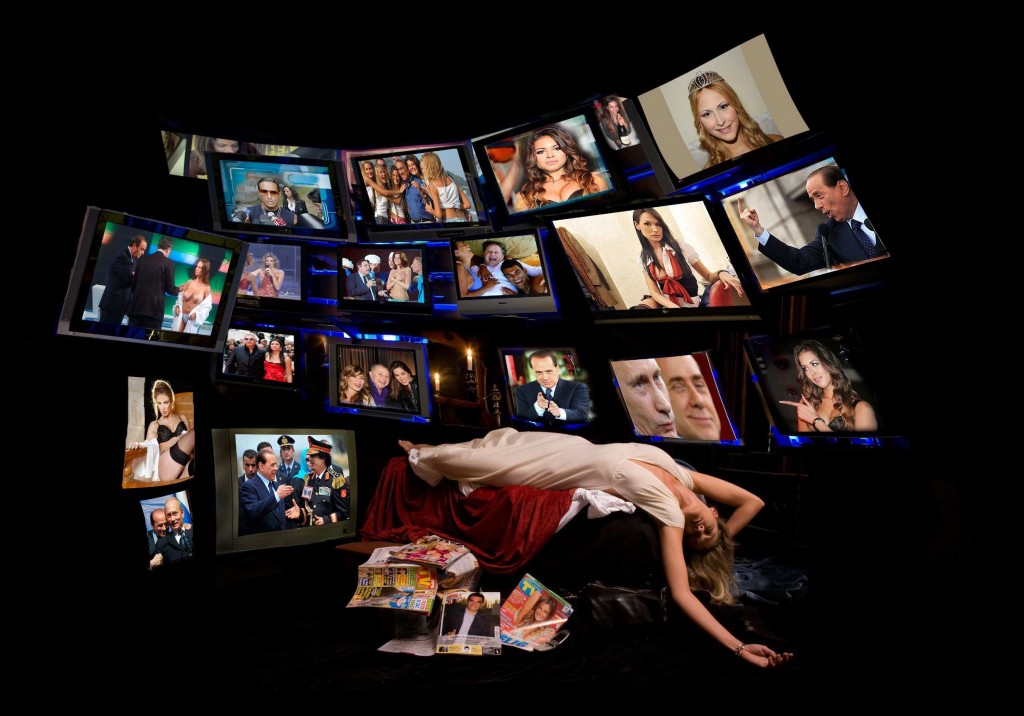 Fuseli and the Romantics 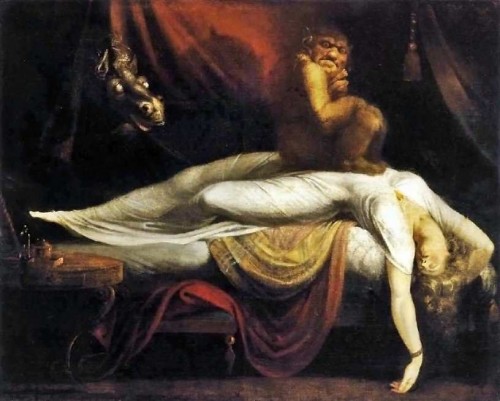 Fuseli: a Swiss German romantic, a lover of Shakespeare and the Gothic, friend of Blake, a painter of remarkable sensibility and psychological perception, a forerunner of the Symbolists. Nightmare, of which he did several versions, was something of an obsession. Perhaps he himself was subject to nightmares: the horrid hairy gnome on the chest, the wide-eyed mare, monsters from the forest, the stuff of Freud and Jung but also of Greek myth and Keats. The Gothic revival of Fuseli’s day is with us again – The Da Vinci Code, Templars, shades of black.
Fuseli was an extraordinary genius, a man of light and shade not given to understatement, a man educated in the light of reason who painted dark emotions, a Swiss German who lived in England and who fell under the spell of Shakespeare and the Romantic movement. Extraordinarily influential in painting and sculpture from Blake to Canova, Constable and Turner but also in literature from Poe to even Jung who used the painting in “Man and his Symbols”. The incubus seated on the chest is common to nightmare stories from Greek mythology onward and is often associated with Pan: there is the suggestion of suffocation, paralysis, sexual violation and of course terror – the essential ingredients of Gothic horror. So successful was the painting, he made several different versions and prints were widespread leading to parodies almost immediately. The echoes of the paintings were felt in politics and literature. Mary Shelley, whose father was a friend of Fuseli  and her mother Mary Wollstonecraft most likely the lover, wrote Frankenstein in 1816,  which may well have been influenced by the painting.

In Italy, where conflict of interest has been replaced by fusion of interest, billionaire Berlusconi owns the three biggest private TV channels and as prime minister has virtual control over the three state channels. TV has become the modern day equivalent of bread and circuses, or giving the people what they want: a daily diet of football, games shows, chat shows and reality TV. Whether Italians actually have what they want is a moot point, what they definitely have is a bombardment of lively trash and a dearth of serious television. 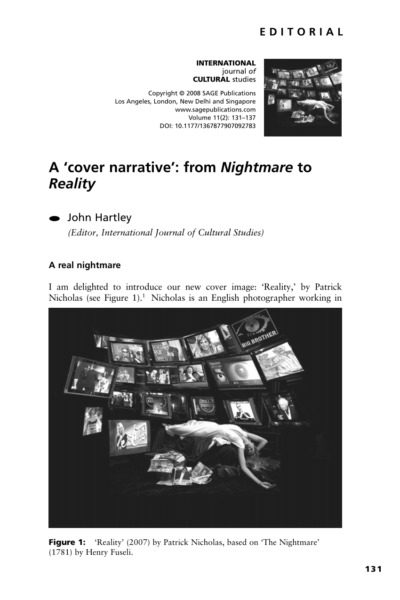 Nightmare to Reality based on Fuseli’s Nightmare

of choice, and quality. In fact what Juvenal wrote two thousand years ago in Satires is “The people that once bestowed commands, consulships, legions, and all else, now concerns itself no more, and longs eagerly for just two things – bread and circuses.”

Reality was used on the cover of  the academic journal International Journal of Cultural Studies by John Hartley who contacted me after finding the image on the internet.

In Fuseli’s painting, and in my photograph, the nightmare without is a projection of the nightmare within. The powerful feed us sport and trash, but we are the supine audience – it is time to wake up, tune out, and turn off.

PS. This  picture was made ten years before Donald Trump became President. Could this be the way the world ends not with a bang but……… a tweet?

There is a backstage video about the shooting of REALITY and 5 other pictures.