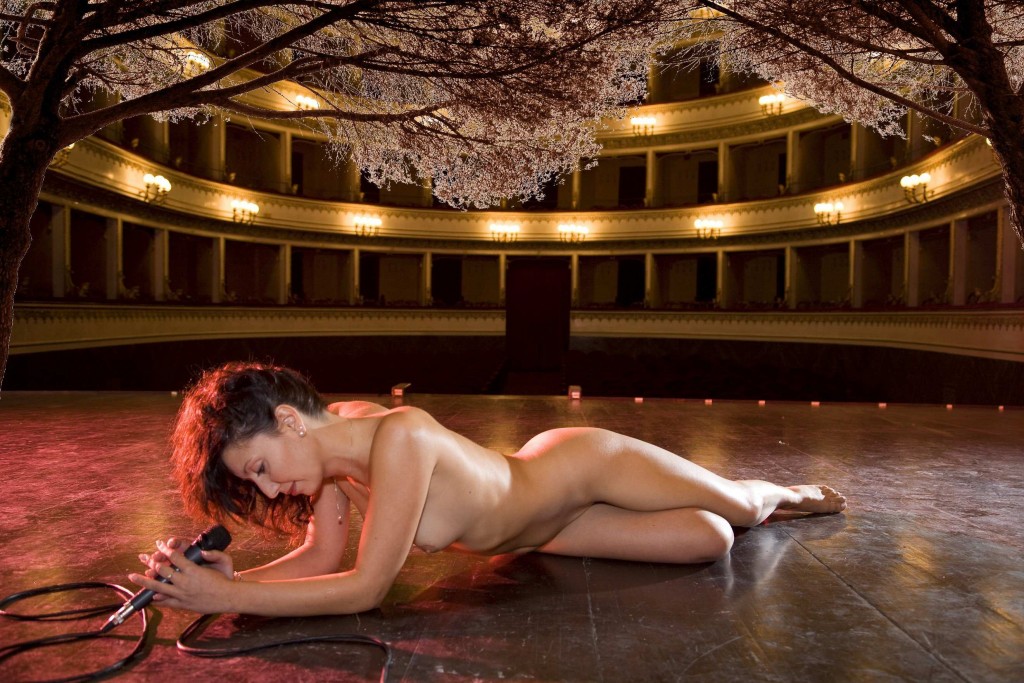 The painting “Byblis” by the, until comparatively recent times, deeply unfashionable academic painter Bouguereau, is now like Lord Leighton, Alma Tadema and Geronne seen everywhere from Wikipedia articles to book covers and posters; these nineteenth century painters seem to have found new markets and new admirers in the electronic age. My 1970 Oxford Encyclopedia of Art which I used at college does not even mention Bouguereau, but recently when The Getty Museum put three recently purchased works of his on show they became the most visited paintings in the place. 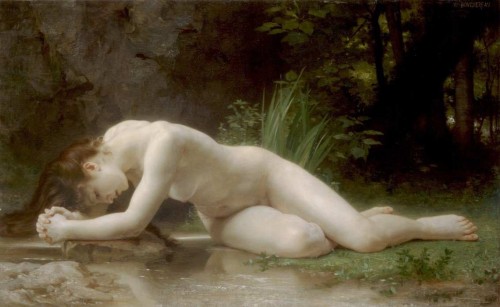 In the myth she is a truly tragic figure, hopelessly in love with her brother who abandons her after she confesses her illicit passion. Sibling incest is tacitly permitted amongst the Gods and Byblis finds it wretchedly unfair that a mortal should be so chastised. In some versions she hangs herself, in others drowns herself in the lake of her own tears, in Ovid’s tale she turns into the spring itself which still runs under two Ilex trees, a lesson into the dangers of incest. Byblis has also given her name to an attractive pink Australian marsh flower – but it has a deceptive beauty, it is carnivorous.
My beautiful Bybhis is an electronic nymph, the water snake is a microphone and she lies stage struck in the theatre of Orvieto. She is a semi-professional singer, Fabiana Ruggeri – and sings divinely.
Bouguereau adored painting, he lived for almost nothing else and this passion for his art presumably helped him live to a good age –

eighty. Creative people often did, and do live long – the childish delight in discovering new things seems stay with them till an advanced age -unless of course syphilis got them first.
Curiously when Degas was asked which artist he thought would still be famous in a the year 2000, he replied ” Bouguereau”. Was he joking?