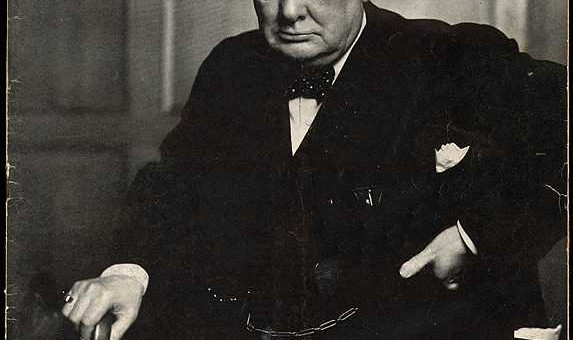 I have just finished the first biography I have ever read of a photographer, the Canadian Yousuf Karsh (1908-2002)*. So well known in the immediate post-war period that to have one’s portrait taken by him was referred to as being ‘Karshed’. He was an émigrée from Armenia, a survivor of the genocide of 1915. Although he never spoke English particularly well he charmed everyone. He was well grounded in technique by his uncle, and later by the noted Boston portrait photographer John Garo.

Karsh made his name as a relatively young man with his bullish portrait of Churchill in 1941. He never tired of telling how he pulled the cigar from Churchill’s mouth which led to 1/60th second of pugnacious stare that launched a thousand Liberty ships. He went on to photograph the great, the good and the not so good for another 60 years.

The biography set me thinking on the tortuous debate of photography as an art form and photographer as a star in their own right. Karsh was very much the latter.

He became as well known as his sitters. He paid his assistants badly, but of course an apprenticeship to Karsh was a door opener. Most of his assistants did not aspire to be great photographers themselves and if they had probably would not have got the job.

To be karshed was to be charmed and be asked scores of questions before the sitting, to be lit with great skill and printed expertly by the photographer himself or later by even more skilful assistants. It is instructive to look at the same man photographed by Karsh and Arnold Newman, Alfried Krupp. Krupp was an unpleasant man, a war criminal sentenced to 12 years (of which he only served three). Karshed he looks positively avuncular, Newman makes him look like a cross between Dracula and the Creature from The Black Lagoon. 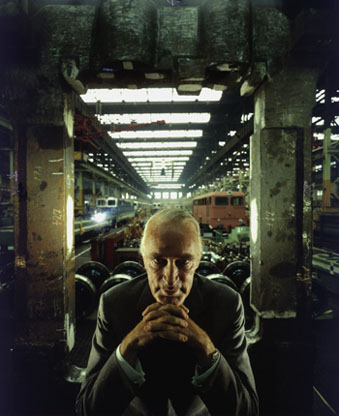 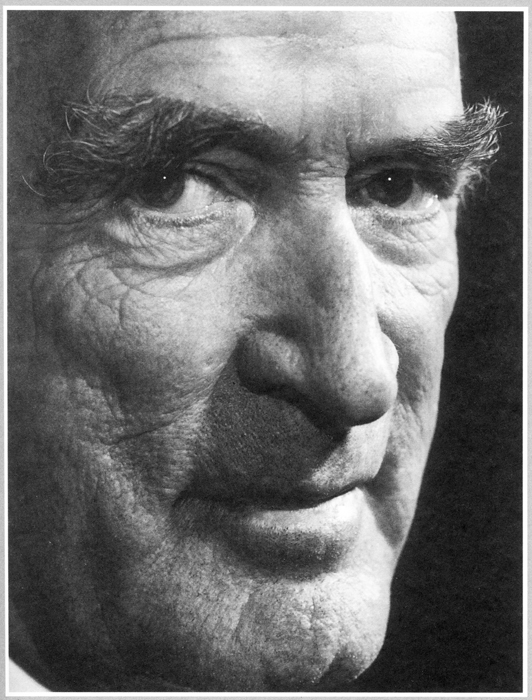 He was a consummate professional, but always on the side of the sitter. But was he the artist many of his contemporaries lauded him as? His coeval photographers Ansell Adams and Edward Steichen are worthy of comparison.I confess now to outrageous bias. When I was at art school I was fascinated by Steichen, Camera Work and the Secession School of Stieglitz and Co.

I was however easily bored by photographic science and all the minutiae of mixing chemicals and so forth.
I was constantly having to repeat unsatisfactory work until the print was considered perfect by our tutor Eric Freeborn – who rarely conceded me the seal of perfection. I asked him once who his favourite photographer was; he replied without hesitation, Ansell Adams. I would never have been accepted as a member of the f64 club. (my views on depth of field)

Steichen moved forward constantly, experimented and changed genres in his long life: he never rested on his laurels. It seems to me that Adams and Karsh had somethings in common: ironically for photographers they did not develop, they refined their techniques; and their greatness depended mainly on their subject matter – take away Churchill and Yosemite and you have two consummate craftsmen. Besides, I am endeared to Steichen because he remained a Bohemian, not something you could say of the other two. All three were very long lived – futher proof that photography is good for your health.

Karsh regretted not having been able to photograph Hitler and Stalin and Mao, better that way.
I have now put my head above the parapet and await the brickbats.

*’Life of Karsh’ by Maria Tippett  – a delightful book and enjoyable read despite the impression I have no doubt given above. I have just ordered ‘Steichen: a biography’ by Penelope Niven