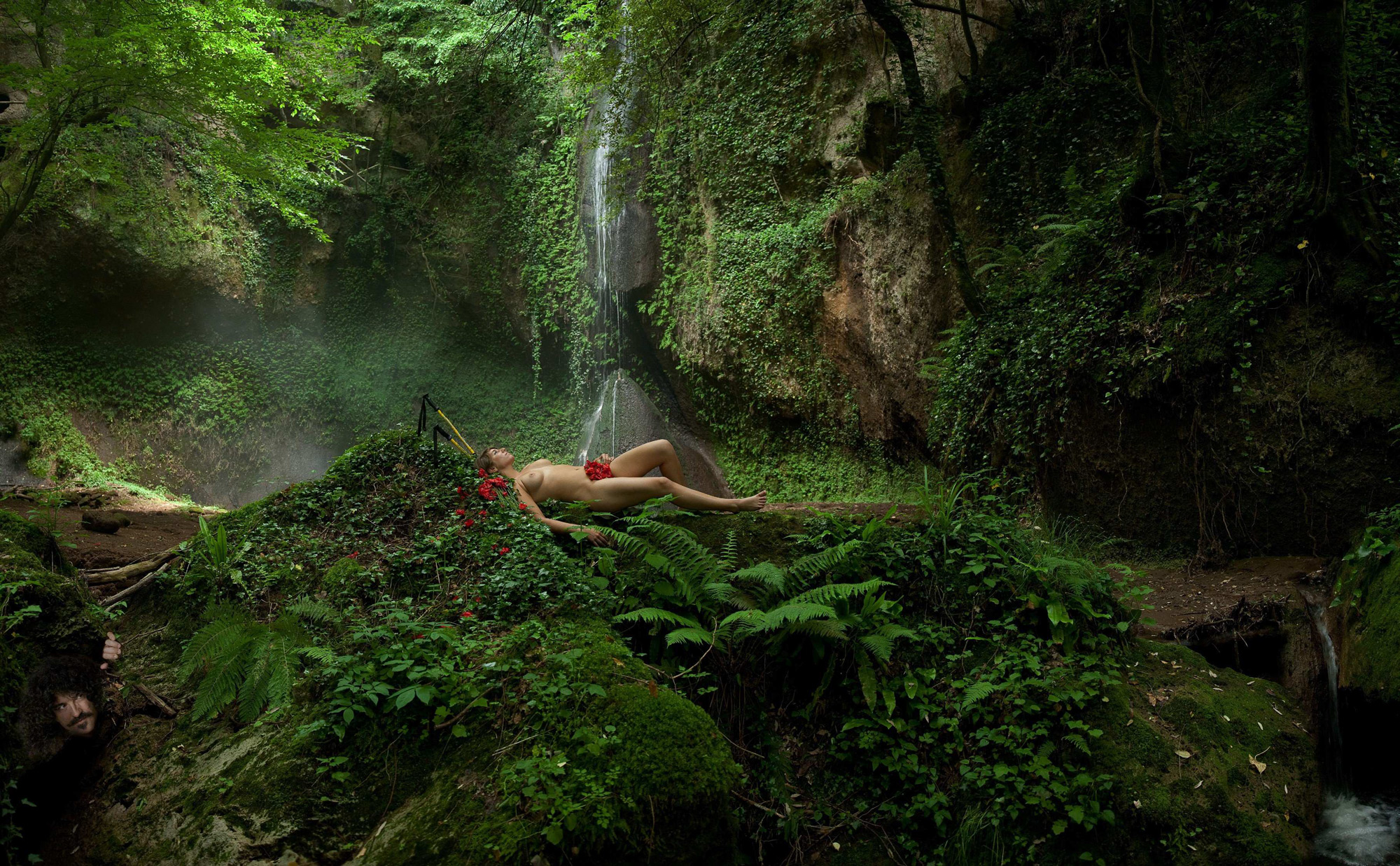 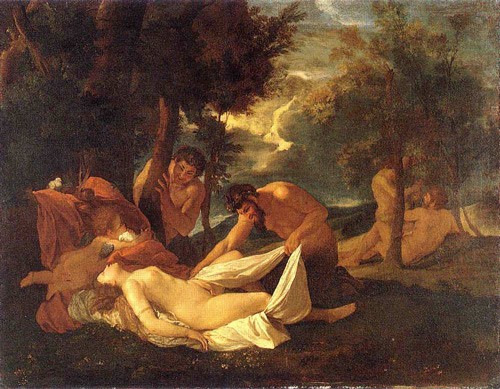 In Arcadia a girl sleeps at one with nature, but this is Pan’s kingdom.

Like the Greeks we think of Arcadia as an Eden before the Fall, a sylvan idyl populated by shepherds in which man and his works are in harmony with nature, the domain of Pan. The Etrusco-Roman poet Virgil set his poem Eclogues in Arcadia, a work that has influenced artists, poets and musicians ever since.  Poussin returned to the theme of Arcadia repeatedly, indeed one of the most famous paintings of all time is  Et in Arcadia Ego.  16th century Rome itself was evocative of Arcadia, with a population of little more than 100,000 –  more of a town than a city,  it was not only surrounded by an idyllic rural landscape scattered with Roman ruins, the Roman Campagna, but was rural within too. Cows wandered in the ancient Forum, hare and even deer and  were not uncommon, shepherds herded their sheep down the Corso.

It may have been little bigger than a town, but it was the capital of an empire, the heart of catholicism. Imperial Rome did not so much fall as  shed its secular power to become the greatest religious power on earth attracting not only pilgrims, but artists from all over Christendom.
The curious thing about catholicism since the Renaissance was its willingness to absorb paganmythology. Poussin painted more mythological scenes than biblical, he was particularly interested in Pan, or rather his patrons were. What was it that drew these powerful prelates to the most licentious of Greek myths? Some of them may even have demonstrated some Christian qualities, but a Cardinal was first and foremost a prince who wielded considerable power, distributed largesse and had not got where he was without considerable wiliness and intrigue – perhaps there was something about Pan that struck a chord with the instincts of the jungle.
My model was a twenty-one year old American studying Art in an American Academy in Orvieto. I showed her Poussin’s painting Sleeping Nymph with Satyrs’ and we agreed to do a sort of prelude to the scene, in which the nymph is being observed by Pan.
The location, which I call ‘The Sacred Glade’  is Pan’s place, an unspoilt Arcady of the sort that Poussin would have found not only in the Alban Hills just outside Rome, but also in grottoes and caves within walking distance of the Pantheon.  The river that flows,  very often underground, through Arcadia is Alpheus, and here too the stream plunges from up on high, from the light, down into the shades. Pan is the god of opposites, of courage and fear, of standing and fleeing, of love and rape, instinct and free will, introvert and extrovert, dreams, but more especially nightmares, Cavalier and  Puritan, top half man lower half beast, he is all the contradictions which make us human.
An unpleasant and unexpected aftermath of the shoot was that the student was expelled from the New England Art School, on the grounds that, “…the erotic charge of Mr Nicholas’s photography is incompatible with the specific character of the College in Orvieto program as well as with the scriptural principles governing the College as a whole”.
I  was reminded of a line from one of my favourite books, 1066 and All That,  in which the Cavaliers were  “wrong but romantic, the Puritans  right, but repulsive.”  In fact, the experience of being expelled from a puritanical academy was unexpectedly positive, “She had not known the weight until she felt the freedom.”   (The Scarlet Letter, Nathaniel Hawthorne).
March 9, 2015 Belle, Water Portraits