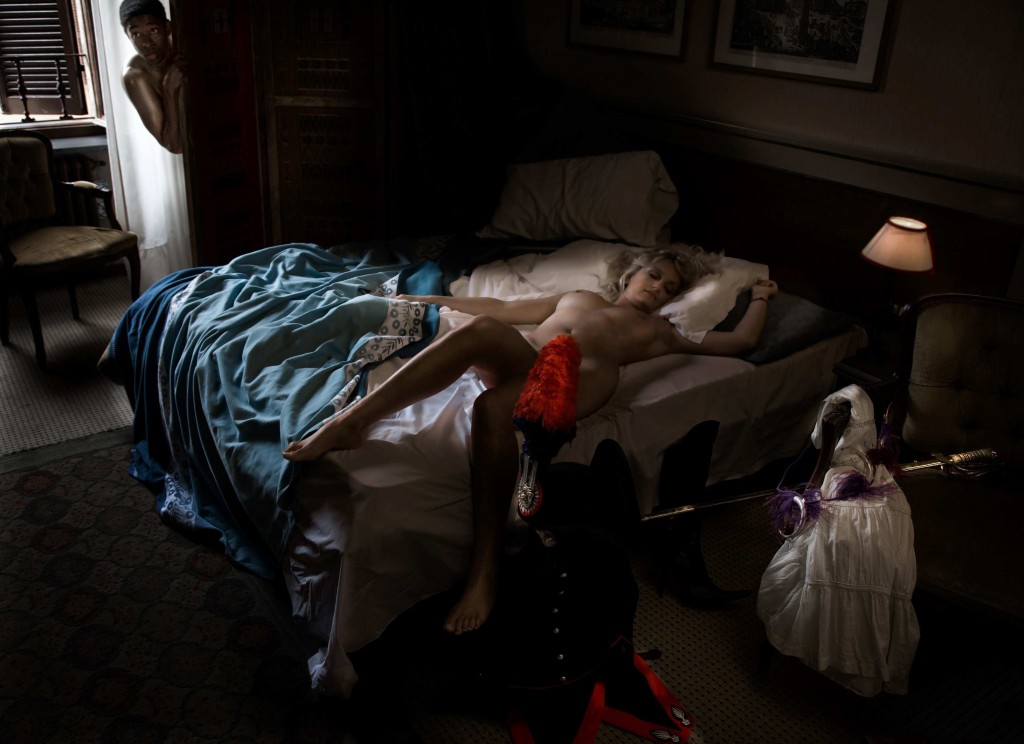 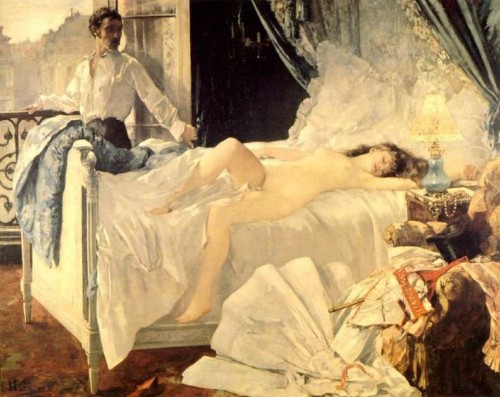 Based on “Rolla” 1878 by Gervex which in turn was based on an 1833 poem by Musset about a high class courtesan and her reckless young admirer, Rolla, who paid far more for her favours than he could afford. The painting had an unusual debut. The subject and its bold treatment was too much even for the comparatively liberal Paris of the 1870s, rejected by the salon, Gervex resorted to radical marketing: he exhibited it in the window of a furniture showroom. The scandal that ensued ensured him everlasting fame. We see the painting now as comparatively tame, romantic even, but in the context of its time there was a darker message: prostitution at however high a level meant syphilis, and syphilis meant suffering and death, and syphilis, even more than consumption, was the biggest killer of the age. What shocked Parisian society was edatante nudity and yet to our minds surely it is the terrible death-rate that is shocking – how could they be shocked by one and not the other? Or perhaps we are not understanding the message – brazen nudity equated with illicit sex and illicit sex meant death: the message was fear.

“Ciel!” has none of the darkness or scandal of the original, it is not designed to shock. It is a saucy tableau – the wife of the gendarme, whose plumed hat is strategically placed in the foreground, has been surprised with her lover who hides behind the screen, perhaps weighing up the dangers: whether a race for the door might not be better than the open window.