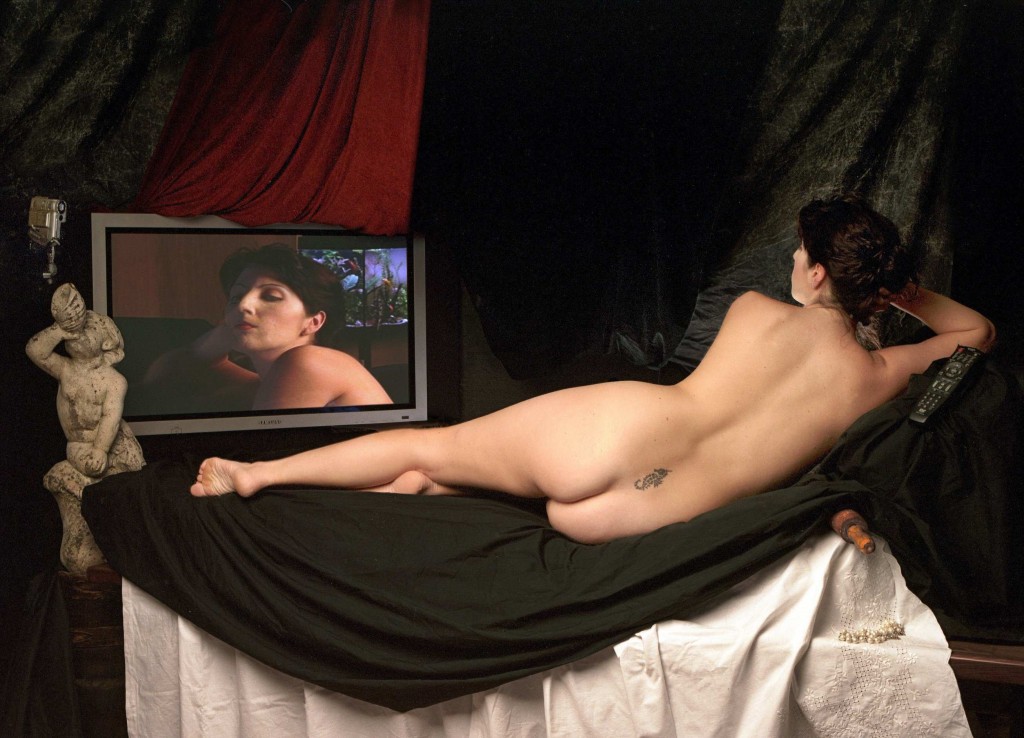 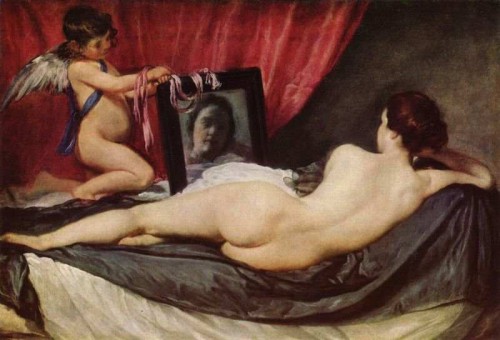 Venus at the Mirror (The Rokeby Venus) (1651) Velazquez

Chiaroscuro, dark and light – the essence of baroque painting, but the watchword of the times as well and terrible times they were these early years of the 17th century. Fratricidal wars raged all over Europe and yet these were the years of Caravaggio, Velazquez, Bernini, Cervantes and Shakespeare, Newton, Galileo and even the dawn of opera with Monteverdi. The rational, sensible, worldly baroque contrasted with the raging religious bigotry of the time – a very modern period not so unlike our own.
Velazquez probably painted only one nude – Venus at her Mirror – and it is remarkable he painted any at all, these were the years of the Spanish Inquisition. Velazquez was rediscovered in the early 19th century as a ‘modern’ – Manet was a great admirer, as were Picasso and Francis Bacon.
The model, Vanessa runs a restaurant with her parents in Castro Caro near Forli and they make their own pasta – hence her rolling pin peaking out from under the pillow. Venus had her mirror, now she gazes at herself, calmly satisfied and serenely vain, in a plasma screen recorded by a video-camera – a closed-circuit Venus and self fulfilling prophecy: she can really be admired on
You Tube: