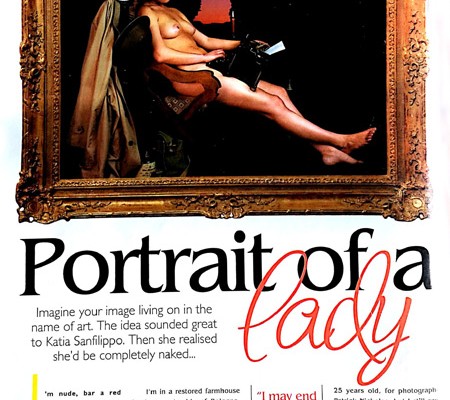 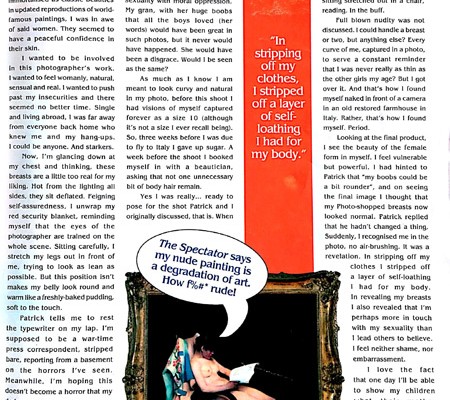 Imagine your image living on in the name of art. The idea sounded great to Australian journalist Katia Sanfilippo. Then she realised she’d be completely naked…….. 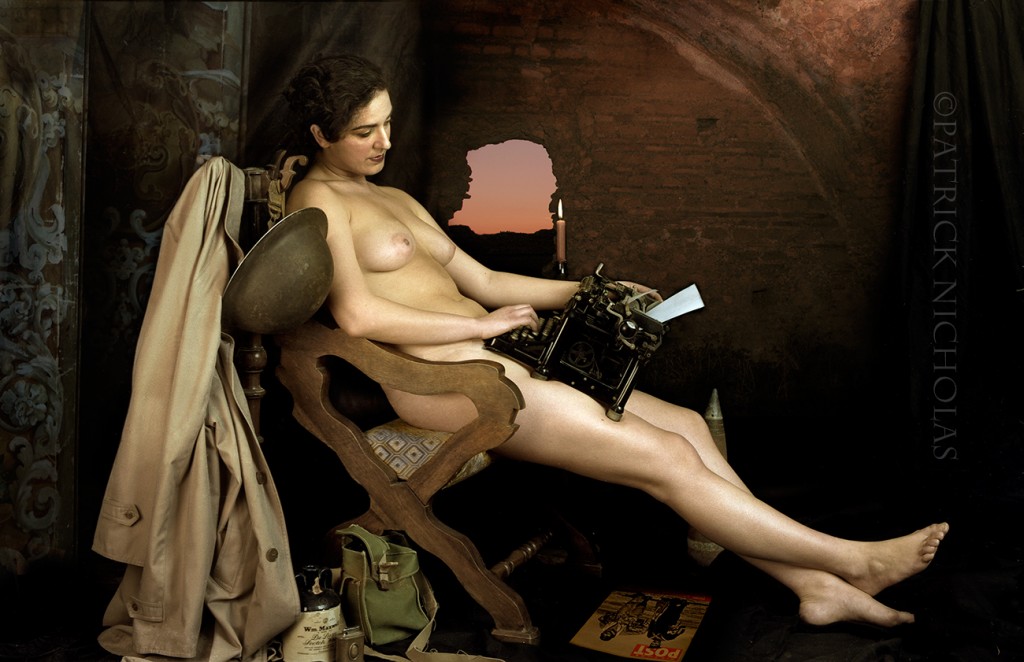 CORRESPONDENT 2006, based on ‘The reading girl’ by Théodore Russel

I’m nude, bar a red pashmina covering my bits, in a room filled with strangers.
Odder still, I’m but seconds away from losing the pashmina. I feel cool beads of sweat rolling down my inner arms as I look around the room at everything except the camera before me.

I’m in a restored farmhouse in the countryside of Bologna, Italy, surrounded by furniture dating back to the 18th century.
I’d be appreciative of such authenticity but my mind isn’t on it – it’s on making sure my boobs look perky!

I’m readying myself to pose in my birthday suit, which is 25 years old, for photographer Patrick Nicholas, but I still can’t believe that I’m here, doing this. When I was growing up, I was the tall, large-boned girl with puppy fat, while my sister scored the lean dancer’s body. I couldn’t help but compare myself to her, and so my whole life I’ve felt big and ungraceful.

Despite my body hang-ups, I’ve always loved artworks of the human form – particularly portraits of naked Renaissance women in all their curvy glory. When I heard about Patrick’s work, for which ordinary Italian women have stripped off to be immortalised as classic beauties in updated reproductions of world- famous paintings, I was in awe of said women. They seemed to have a peaceful confidence in their skin. I wanted to be involved in this photographer’s work. I wanted to feel womanly, natural, sensual and real. I wanted to push past my insecurities and there seemed no better time. Single and living abroad, I was far away from everyone back home who knew me and my hang-ups. I could be anyone. And starkers.

Now, I’m glancing down at my chest and thinking, these breasts are a little too real for my liking. Hot from the lighting all sides, they sit deflated. Feigning self-assuredness, I unwrap my red security blanket, reminding myself that the eyes of the photographer are trained on the whole scene. Sitting carefully, I stretch my legs out in front of me, trying to look as lean as possible. But this position isn’t makes my belly look round and warm like a freshly-baked pudding, soft to the touch.

Patrick tells me to rest the typewriter on my lap. I’m supposed to be a war-time press correspondent, stripped bare, reporting from a basement on the horrors live seen. Meanwhile, I’m hoping this doesn’t become a horror that my dad sees.

I refrained from telling my grandmother. I wasn’t sure Grandma Maria would understand. I know that by posing. I’m giving the one-finger salute to a generation that stifled a woman’s sexuality with moral oppression. My gran, with her huge boobs that all the boys loved (her words) would have been great in such photos, but it never would have happened. She would have been a disgrace. Would I be seen as the same?

As much as I know I am meant to look curvy and natural in my photo, before this shoot I had visions of myself captured forever as a size 10 (although it’s not a size I ever recall being). So, three weeks before I was due to fly to Italy I gave up sugar.  A week before the shoot I booked myself in with a beautician, asking that not one unnecessary bit of body hair remain.

Yes I was really… ready to pose for the shot Patrick and originally discussed, that is. When  we first met in Rome, we’d agreed on reproducing a Gustav Klimt painting, where half of my chest would be exposed in the photo. But soon afterwards, Patrick emailed over “The Reading Girl” by Theodore Roussel – a painting from around 1866 of a woman sitting stretched out in a chair, reading. In the buff.

Full blown nudity was not discussed. I could handle a breast or two, but anything else? Every curve of me, captured in a photo, to serve a constant reminder that I was never really as thin as the other girls my age? But I got over it. And that’s how I found myself naked in front of a camera in an old restored farmhouse in Italy. Rather, that’s how I found myself. Period.

Looking at the final product, I see the beauty of the female form in myself. I feel vulnerable but powerful. I had hinted to Patrick that “my boobs could be a bit rounder”, and on seeing the final image I thought that my Photo-shopped breasts now looked normal. Patrick replied that he hadn’t changed a thing. Suddenly, I recognised me in the photo, no air-brushing. It was a revelation. In stripping off my clothes I stripped off a layer of self-loathing I had for my body. In revealing my breasts I also revealed that I’m perhaps more in touch with my sexuality than I lead others to believe. I feel neither shame, nor embarrassment.

I love the fact that one day I’ll be able to show my children what their mother did in her day, before her breasts were knocking at her knees. I’ll just have to make sure they don’t mention it in front of my dad – Papa Sanfilippo would never understand!