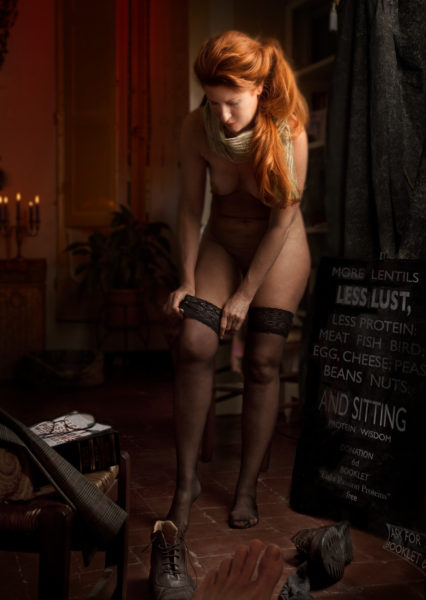 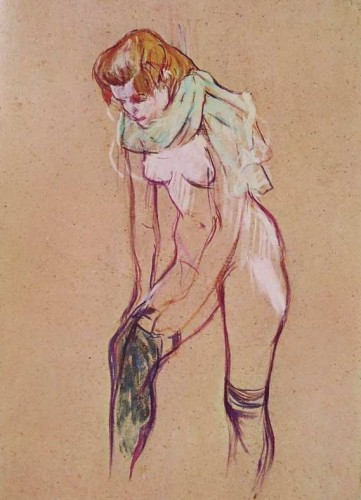 Lautrec was an enthusiastic frequenter of brothels, as were most of his contemporaries, so nothing unusual there; but he painted the women and occasionally their clients. He seems to have had a faiblesse for redheads. No academic nudes these.
Henri was not an attractive man: too much in-breeding in the aristocracy and a riding accident combined to give him a bizarre appearance; but he combined great charm with respect for women which endeared him to the Parisian demi-monde. He counted numerous dancers, artistes, models and prostitutes amongst his friends who were happy to pose for him – although pose is not really the right word as it implies immobility -Lautrec painted fast. He used light materials, pastels, chalks, well diluted paint to catch the whirl of the world around him: the Moulin Rouge, the Galette, the bordello. Nothing is static, skirts whirl, hands fiddle violins, a woman pulls up her stocking, snatched moments immortalised forever. What idea would we have of this brilliant world without Lautrec? Even a film like Baz Luhrman’s brilliant Moulin Rouge would have been impossible without those lightning sketches – more real than any photograph. Why does painting no longer record the demi-monde of today with its strip clubs, drinking dens, gay bars and whore houses?
The photograph is of course posed, and carefully so: I probably took a hundred times longer to take it than Lautrec to paint it. But I wanted to get close to the original, to harmonise with it, I wanted the viewer to recognise the pose – it is a very famous picture. I have added an element that is pure nostalgia, the so called ‘Protein Man’, Mr Stanley Green. When I studied in London there was a sandwich-man we saw, and heard, practically every day parading up and down Oxford St in his lifelong mission to reduce lust. Quiet, bespectacled, unmarried, and of no doubt blameless character, his voice I can still hear intoning “less passion from less protein – buy my booklet….more lentils, less lust
Only the noise of his printing press clacketing through the night in his semi in the suburbs upset the neighbours a bit – for his public in Oxford Street, come rain or shine, he was a charming eccentric. But did he never have a day off in 40 years of campaigning? Did he never over do it with one of his eight passion proteins and fall into temptation? A tart with a heart, a siren from nearby Soho could perhaps have led him round the corner and a world away from his lonely beat up and down Oxford Street – a little bit of earthly paradise in Poland Street, un peu du faiblesse humaine? 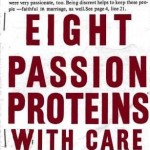 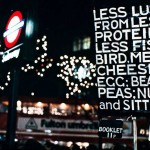 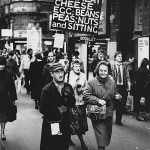 ‘Protein Man’ as he was known, on his beat in Oxford Street, London c.1974 (ph. Museum of London)