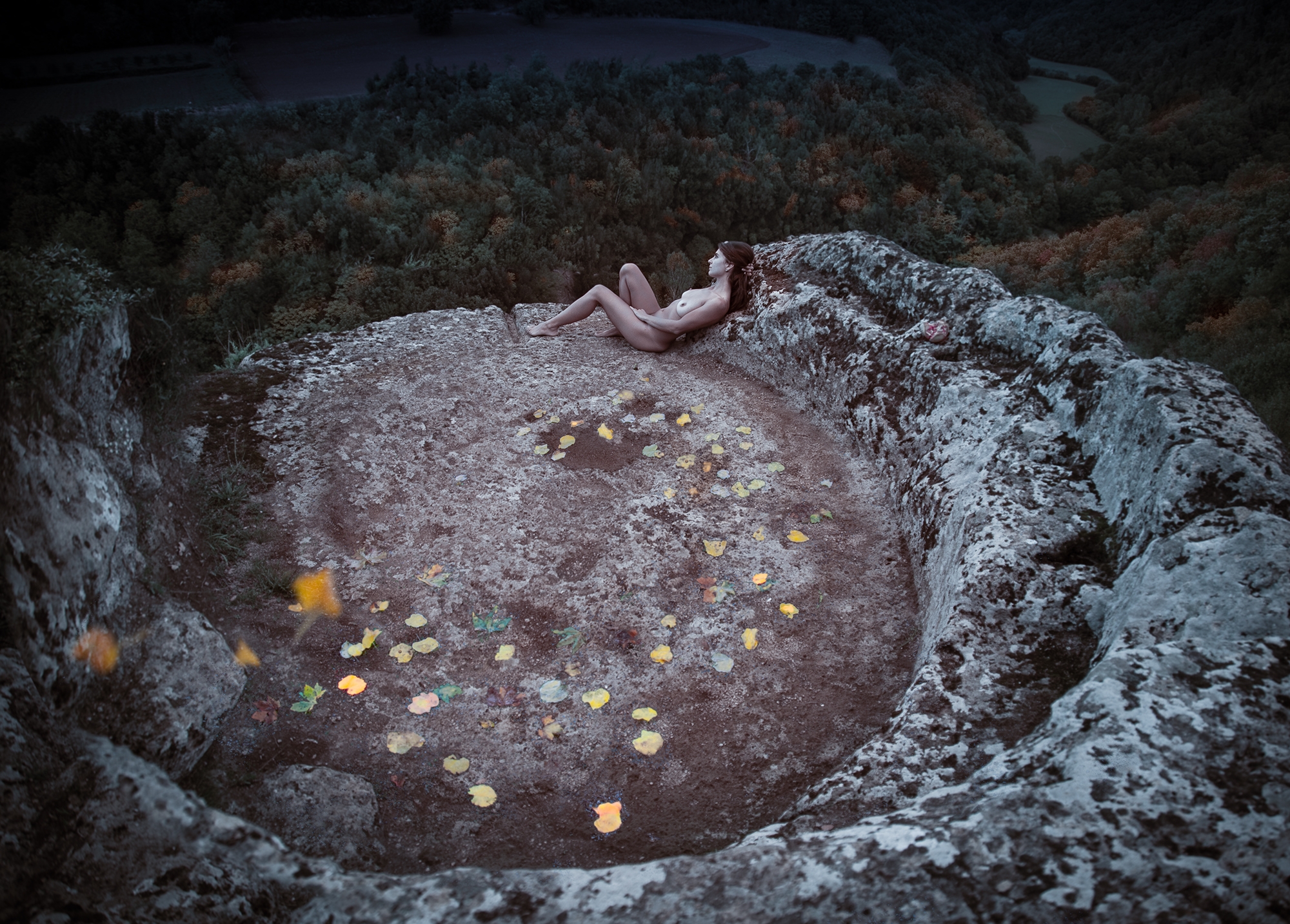 A picture based on Haiku poetry

How long does one look at a picture, a work of art, a piece of sculpture, a stanza of poetry? Seconds, minutes possibly, but compared to watching a film, listening to a concert or reading a book, a blinking of an eye. But brevity does not necessarily diminish the effect, it may even enhance it.
The Japanese have a poetic form called Haiku, developed by the Zen poet Bashō in the 17th century. Consisting of only three lines the first two stand in juxtaposition to the third. The first line approximates in English to 5 syllables, the second 7 and the third 5 – little more than a tweet ante litteram.
The Japanese have a particular sensibility for the seasons and in haiku a seasonal word or kigo is inserted to add context. The seasonal word here is autumn, aki. Other examples of kigo are the moon tyuki because it is associated with working at night during the harvest season, the Milky Way, amanogawa, as it is most visible in autumn in Japan and perhaps most logically for us, leaves, momifi.

The haiku in its sparseness, brevity and symmetrical rhythm is designed to have a lasting effect: in zen terms to achieve satori, an immediate feeling of deep understanding; perhaps like being privy to a particularly subtle joke, sensing the meaning in the brush of a hand…………or receiving a peculiarly apposite tweet.

No one is travelling

​Here along this way but I,

The autumn leaves tumbling into this picture create a vortex within what appears to be a small theatre on the edge of a cliff. In fact it was a launch pad for falconers in Renaissance times. The falconers’ ladies sat on the benches while watching their menfolk launch their birds over the valley.