In London over Christmas I paid a visit to the London Museum with my wife and 10 year old daughter and what did we run across quite unexpectedly?

This, the actual placard that the so called Protein Man paraded up and down Oxford St, London for 25 years. His name was Stanley Green, a harmless eccentric who waged a solitary campaign against lust which he attributed to over indulgence in animal protein. He served in the Royal Navy and was more shocked by his fellow matelots obsession with sex than by anything else he experienced in six years of wartime service. 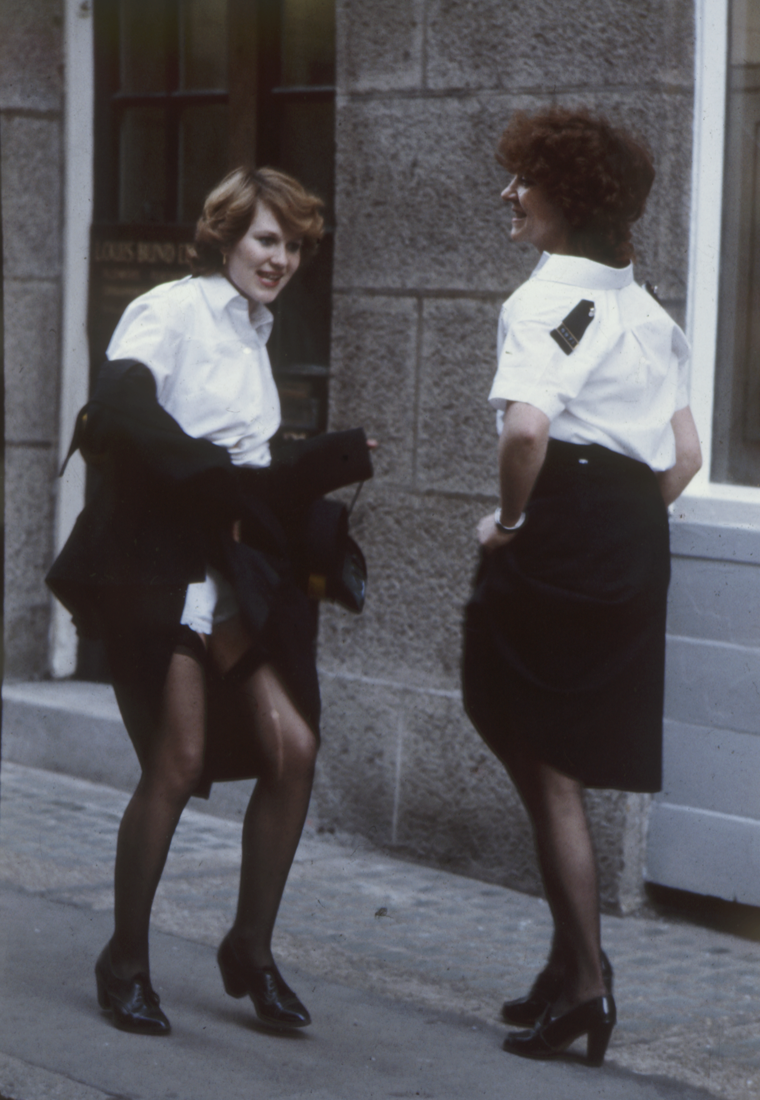 He handed out leaflets to anyone who would take them although they officially cost 6d when he started and 20 pence at the end of his career in the nineteen eighties. He always wore a mac, rain or shine, as so many people spat on him.
I re-encountered Mr Green whilst lying in the bathtub trying to come up with an idea based on Lautrec’s ‘Woman pulling up her stocking’. I suddenly heard his voice, which sounded rather as if he were being throttled, ‘More lentils, Less Lust’ one of his stock phrases.

From Mr Green’s point of view Oxford Street was the front line, Soho with its strip clubs, peepshows and girls, was right next door.

These pictures were taken outside the side entrance of Great Marlborough St Police Station on the edge of Soho in about 1979. I was stepping out of Sky Photo Labs opposite when the two traffic wardens started whistling the stripper song and then proceeded to raise their skirts. I took five pics before they carried on down Great Marlborough Street amazing the passers by. 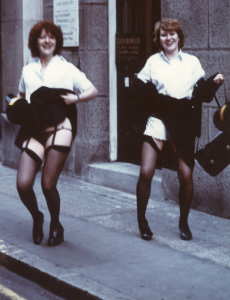 a knees up while humming the stripper’s song

Sadly (for us) they did not bump into Stanley Green who no doubt was close by at the time. What the impromptu show was all about I have no idea, but I was privileged to have a private view. As Stanley Green himself said, ‘Passion can be a great torment.’