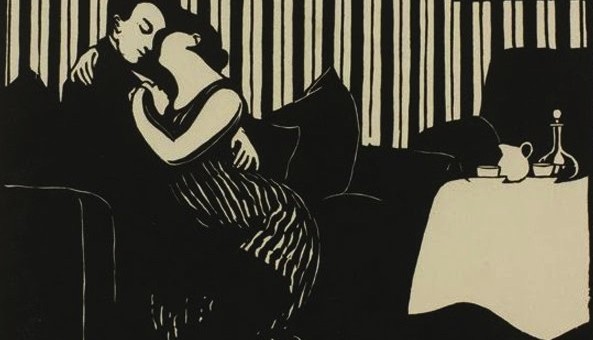 It occurred to me one afternoon in Paris what made some female nudes shocking – it depends on what they are wearing, or, on their hair. The occasion was the Felix Vallatton exhibition in January. The artist was perhaps best known for his curious conversation pieces of couples in which the title added an unsettling element that was not evident in the picture alone. Le Mensonge (The Lie) for example.

His nudes, especially those inspired by mythology, inspired embarrassment at the time though he was not put off and continued to paint them throughout his life. 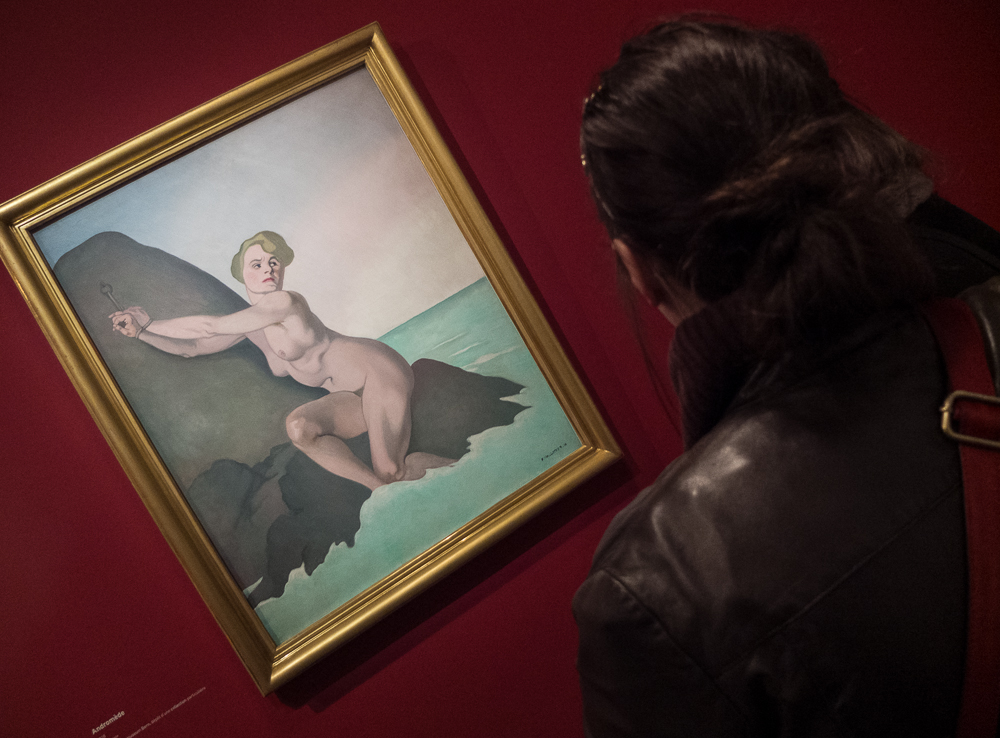 The women are not in a state of nature even if they cavort with satyrs, they are bourgeois Parisians and they all have their hair up. 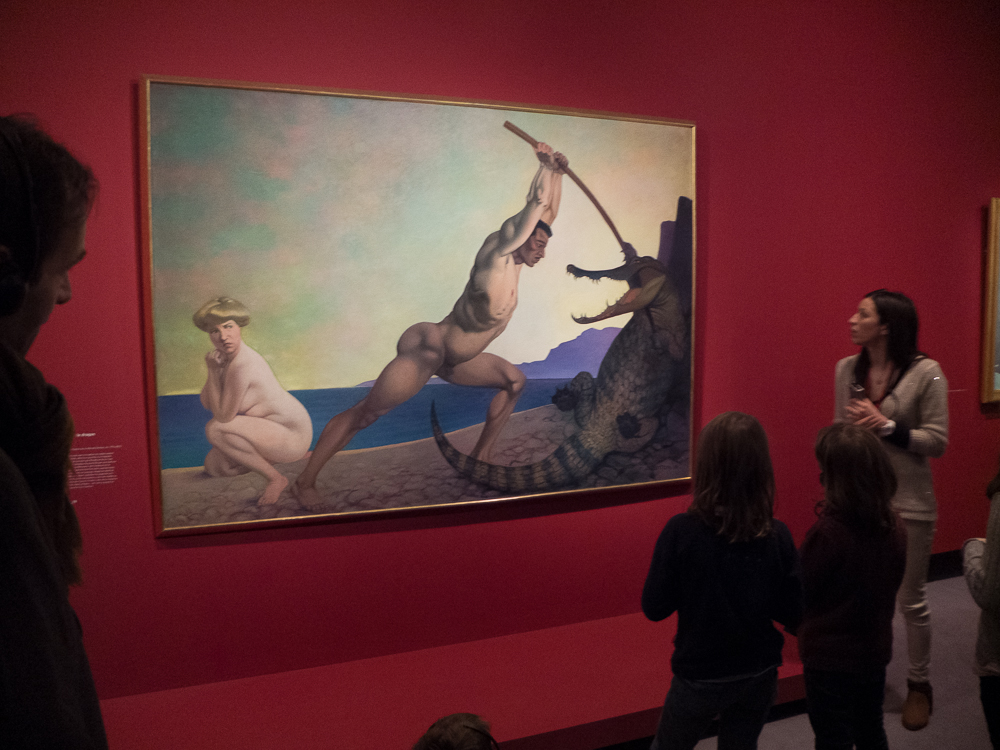 Nowadays women hardly ever put their hair up, but until the 1920s no self respecting woman was ever seen in public with her hair down, it would have seemed shockingly informal. 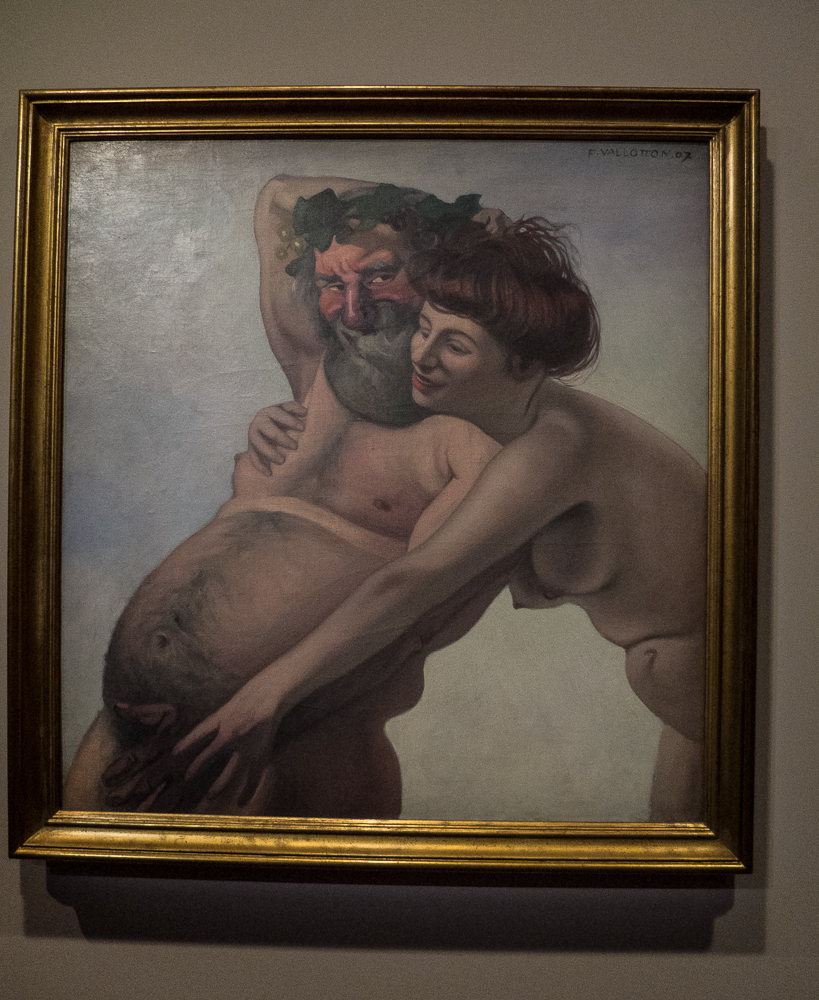 Conversely, a woman in the evening in her own home in convivial company let her hair down, and we still use the expression. 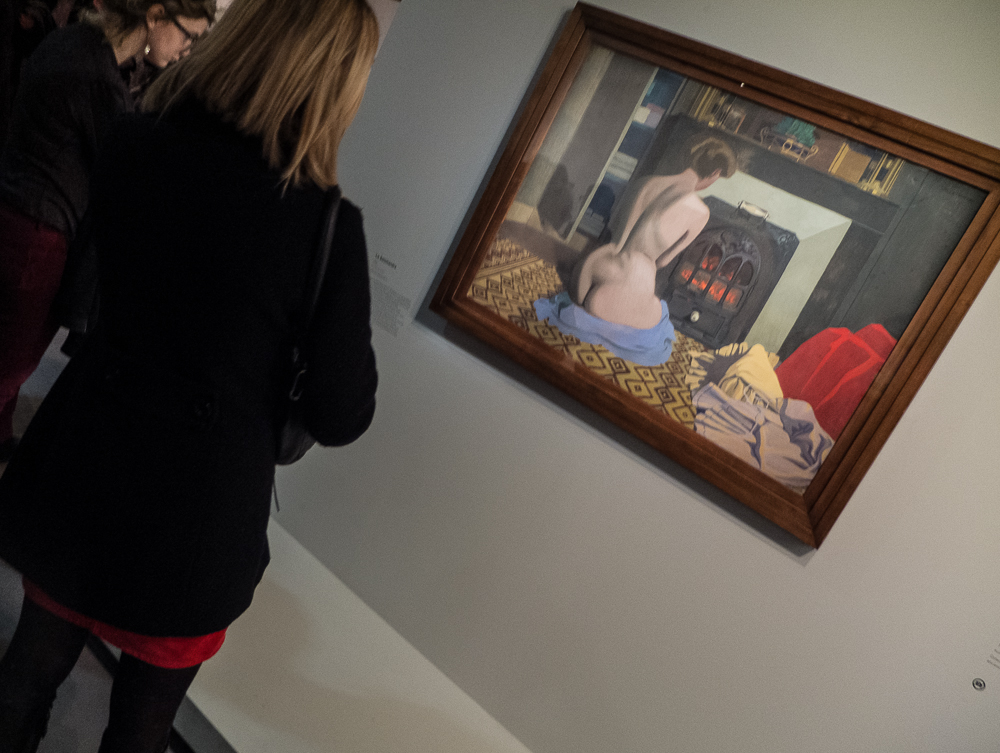 modern woman with hair down looks on

Vallatton’s women therefore are in a state of formal undress. It reminds me of when I went to a sauna in Milan many years ago. I was sitting naked on the bench when a middle aged woman entered, took off her bath robe and sat naked opposite me. After a few minutes she struck up a conversation. What intrigued me was that she used the formal Lei (vous in French or Zie in German). 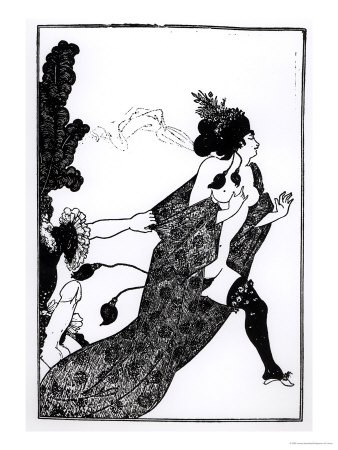 Beardsley too has naked women with elaborate XVIII century hairpieces.
Wilson Steer could have shocked the public in 1900 not with a hairpiece but with a hat – it was the incongruous nature of a woman wearing a formal hat whilst undressed that startled many and shocked some. He chose not to. He withdraw the painting  from exhibition when, in his words, ‘friends told me it was spoiled by the hat; they thought it indecent that a nude should be wearing a hat, so it’s never been shown’. 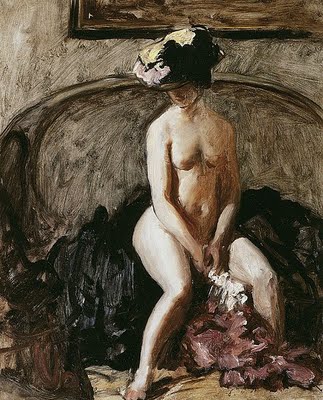 The Black Hat by Wilson Steer

I am mulling over what could be a modern form of formal undress.