Sirens and mermaids in English are two different creatures but one in the same in Italian. Both belong to the menagerie of mythological females who lure men to their doom. In the case of the siren it is her voice that holds the fatal power, with the mermaid her sensuality. 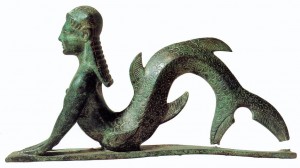 That said the pagan mermaids like those depicted by the Etruscans appear to have no negative connotations implying a more balanced sexuality than in this opinion by the aptly named Jesuit Cornelius Lapide, who said of Woman, “her glance is that of the fabled basilisk, her voice a siren’s voice—with her voice she enchants, with her beauty she deprives of reason—voice and sight alike deal destruction and death.” 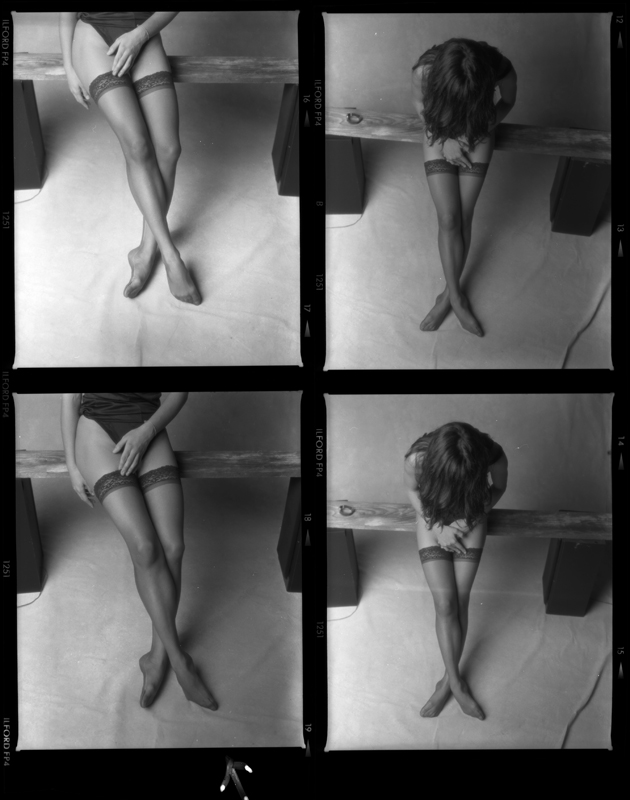 One gets used to seeing the final print in a frame or in this case on a book cover, but it never fails to send a slight shiver through me to look at the original negative or transparency after many years have gone by – in this case exactly 20 years. Even handling film these days makes me feel, momentarily at least, nostalgic for a bygone age. In this case it was Ilford FP4 developed by myself. I took just one roll of 10 shots, I did not seem to shoot much film in those days, probably because I hated developing; all that mucking about threading spirals and mixing chemicals.

I entered it into the competition held annually by the prestigious Association of Photographers in London which I had just joined. It was the only time in twenty-five years of participating that I was accepted – beginners luck.

It was subsequently litho-printed in a limited edition but sadly the original print is lost.