The photographer’s point of view. 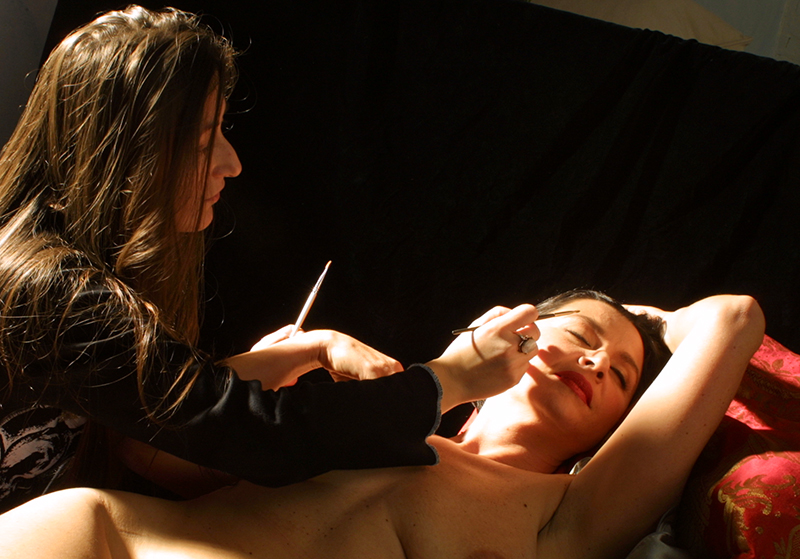 Simonetta retouching on the set of Bella Ginnasta

The Model’s point of view.

We arrived in Orvieto and were walking up the main road, when we noticed an art gallery; something about it was unusual but I couldn’t tell what it was. I felt so drawn to it, the colors in the “paintings” were simply amazing! I was looking at the art but couldn’t tell whether these nudes were photos or paintings. But most of all it was an elegant nakedness and a very unique kind of art, often combined with nature. It was like nothing I had ever seen before so my friend and I decided to go in to have a better look. I admired at length each and every one of them. Each piece had its own soul and a story to tell, some of them were even funny.

I thought to myself: how beautiful! I would love to be immortalized in such a way, but no way could I ever do anything like this! I am too shy! But my friend and I had often wanted to have pictures of us taken, clothed we thought. After a while, Patrick, the author and owner, came over and talked to us. He was very nice and friendly and inspired trust. After a while he expressed an interest in taking pictures of both of us which sounded both crazy and flattering.

I was going through an extremely difficult period at that time and actually felt dreadful; but to have this artist look at me, or rather through me, and be inspired by  the life and beauty within me, rather than the sadness and numbness, was truly exalting. I thought to myself, this man whom I have never seen before is clearly drawn by my essence, he knows in his heart of hearts who I really am, despite my external sadness. And this had a tremendous impact on me, strong enough to break huge personal and cultural barriers. I felt I could trust him. I was sure that for some yet unknown reason this was meant to be. So right there and then I said, OK let’s do it!

I was struck by a TV documentary that my husband and I were watching about Nicholas and his work. My husband and I talked about it afterwards, but it wasn’t till about a couple of years later, December 2009 that we decided to try and contact the photographer. We didn’t really expect a reply, he must be famous so why should he be interested in an ordinary couple like us? To our amazement we were to find ourselves a few months later in Orvieto in June on our wedding anniversary, participating in an indescribable experience. The beauty of the places he took us to for the shoot  added to the magic of the day. And that’s what it was, magic. Everything combined to make it so: the beauty of the locations, the brilliance of the make-up artist Simonetta, the way Patrick directed us, the sounds of nature and the running water – it was all so far from civilization and our daily lives. 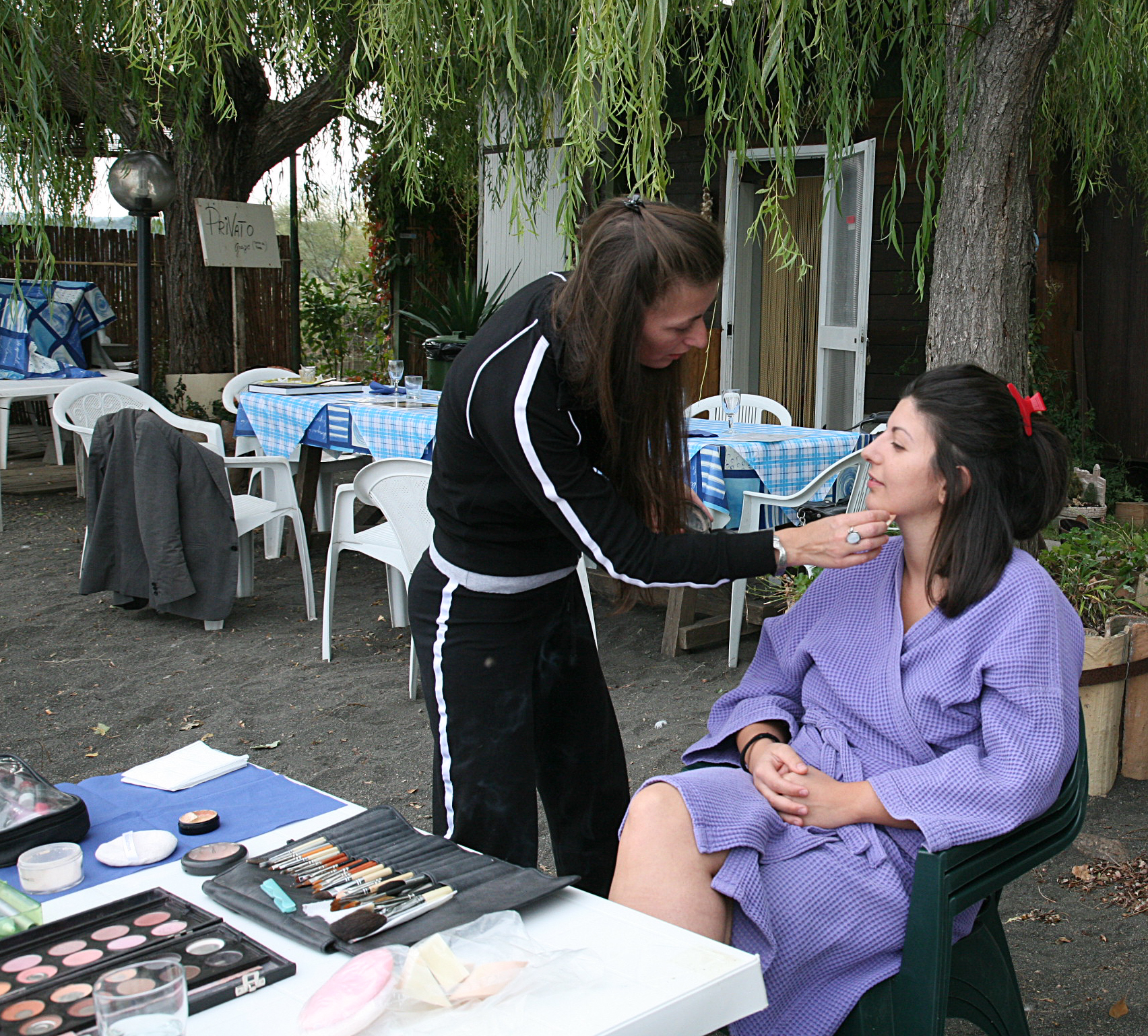 Valentina’s story. Italian, aged 28 Alter Ego (2007) based on  Susanna and The Elders by Tintoretto

I decided at first to do the photo because it seemed a  fun thing to do. But afterwards after thinking about it, I realized it would be an excellent “ exercise  in trust” in someone else. Sometimes we take things too seriously, sometimes we tend to concentrate on ourselves, at others we tend towards wanting to be in control of everything. Posing for a photo means it ìs up to the photographer to interpret who you are, to see you in a way that’s different from how you see yourself,  it means putting yourself in a position in which you have no power, and that intrigued me.

On the shoot I did feel naked! What we wear, our make-up, hairstyle, are nothing if not psychological masks. They condition our way of  gesticulating, of sitting, of walking. In the shoot I felt completely free. I don’t mean to say that I found it easy, in fact in the hours beforehand I had doubts about how I would feel afterwards. My worry was how I would feel about myself in the photo… but then we’re back to talking about trust. It’s not my picture. It’s not my creation. I simply lent my body to the realization of an idea, by someone else.

Anyway, I think that most of all my decision to do the photo came from a strong sense of not taking myself too seriously!

For other backstage videos including a longer documentary “Women Portraying Art” (Italian with English subtitles) made by Swiss TV go to video on my web site. 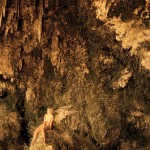 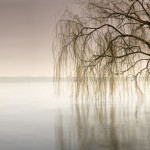 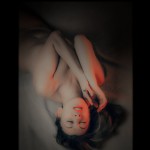 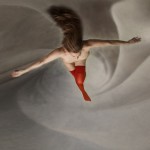 Flying Down to Rio – background details 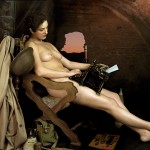 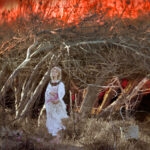