A hundred years ago few anywhere suspected that the most deadly war of all time was about to break out in six months time. What occupied the minds of Britons was whether women should be awarded the vote or not, the disruptive campaign the Suffragettes were carrying out and the Liberal government’s heavy handed reaction to it.
One Suffragette had died throwing herself in front of the King’s horse at the Derby the year before and on 10 March 1914 the recently acquired Rokeby Venus by Velazquez was slashed and bashed seven times with a meat cleaver by Mary Richardson a militant Suffragette. 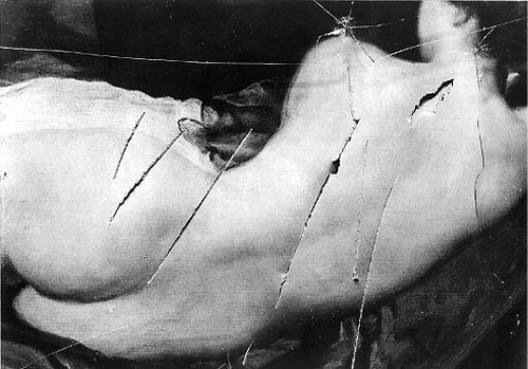 Rokeby Venus as she was in March 1914

The Times reported ‘Slasher Mary’ as she was dubbed, as saying
I have tried to destroy the picture of the most beautiful woman in mythological history as a protest against the Government for destroying Mrs. Pankhurst, who is the most beautiful character in modern history. Justice is an element of beauty as much as colour and outline on canvas. Mrs. Pankhurst seeks to procure justice for womanhood, and for this she is being slowly murdered by a Government of Iscariot politicians.

Depending on where you stand politically or where you place yourself in the art world influences whether you begrudgingly condone the act or not. If you are in the conceptual art camp you will abhor the fact that Tracy Emin’s unmade bed was repeatedly bounced on by two men in their underwear, while as one blogger said after the attempt on the Mona Lisa in 2009  ‘It’s not to say I endorse vandalism of art–although I’ll distract the guards if anyone fancies slashing a Pre-Raphelite work’.

Richardson was sent down for six months (the maximum term). When she was released the lights had gone out all over Europe and the movement devoted itself to the war effort.  After the war Richardson briefly became leader of the women’s section of the British Union of Fascists. She may have perpetrated what appeared to be a wholly political act in 1914, but in an interview two world wars and 100 million deaths later, in 1952, she appeared to give a more feminist justification,
I didn’t like the way men visitors gaped at it all day long.

I did a take on this picture in 2005 which I call You Tube. There is a behind the scenes video of the shoot on…………YouTube. 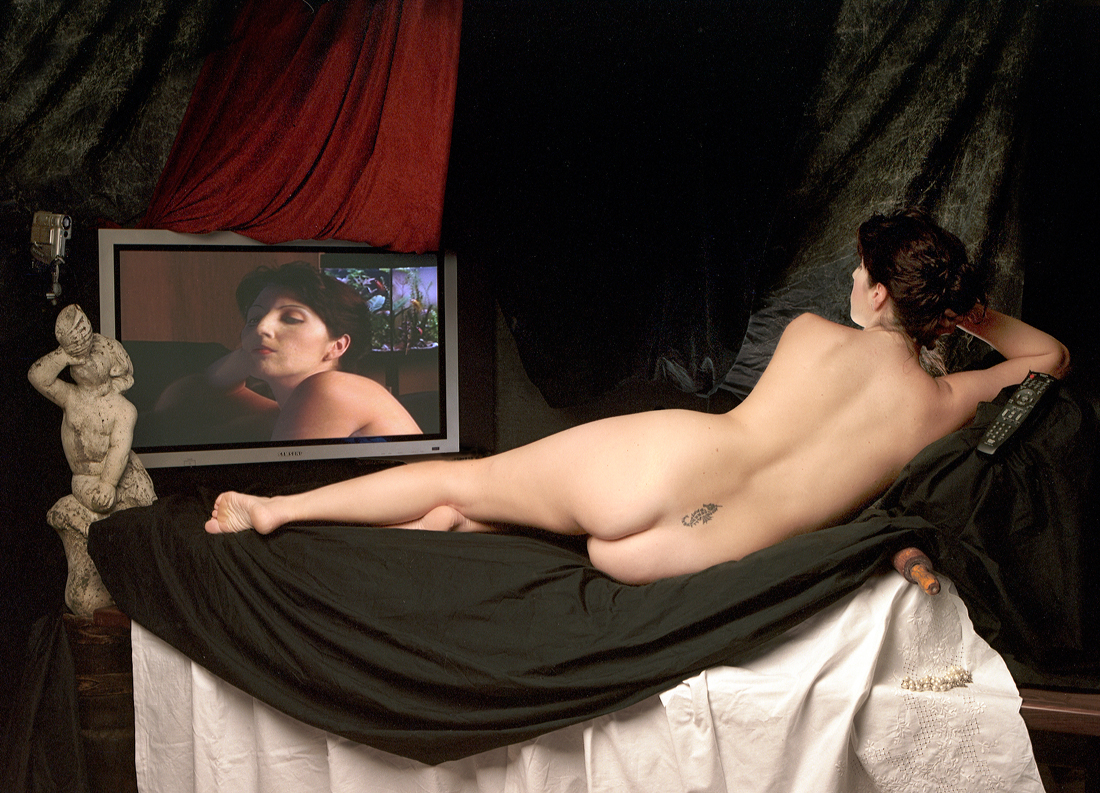 Would it bother bother me if someone slashed my picture? Not really,  it is after all a photographic print – I can always do another.

Behind the scenes video