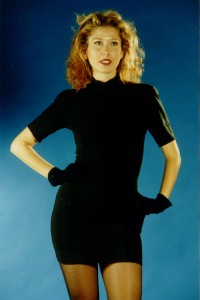 Watch a behind the scenes video of  Balnea Vina Venus