Sometimes the gestation period for a picture runs from months into years. I met Silvia, a dusky Portuguese beauty, in Holland in 2013 at the first public showing of Chrysalis and Medusa, two pictures in the Metamorphosis series in which her best friend Valeria modelled for me. Silvia asked me if she too could participate in a Metamorphosis.

But then she returned to her home country Portugal and, though we talked of somehow meeting up to do the shoot one day, it wasn’t till she moved back to the Netherlands and I opened a gallery for two months in Amsterdam in the winter of 2019 that the opportunity presented itself.

I wanted to continue with the theme of a woman turning into a sea creature that I had started with Valeria morphing into a seahorse and a jelly fish. I picked the nautilus shell as being suitably……..nautical. Most nautilus shells are clockwise as a clockwise nautilus finds it, not impossible, but difficult to mate with an anticlockwise one.

Silvia’s old friend, Valeria, joined us to do the make-up in the gallery and then we went to a tiny room upstairs, not much bigger than the diminutive Silvia herself. Antique Amsterdam houses are small and this was all we could manage for the shooting studio with just room enough for one small soft box on a light stand. Even my agent’s office where we shot Valeria’s Metamorphoses in 2013 was bigger than this!

However, small though it was, once Silvia was curled up on the floor  and wrapped in tulle, she said she was comfortable and she certainly looked relaxed enough to start shooting. I did not take many shots, the room was so cramped that neither she nor I had much room for manoeuvre. The pose was dictated by the spiral shape of the shell.

I did not start working on the image until I was back in Italy in April. The resulting image, which is a blend with a real nautilus shell, follows a spiral shape like several of my pictures taken over the years (This Autumn Evening, Danae, Nymphaea, Flying Down to Rio).

What is it about the spiral, the vortex, the whirl that is so attractive? Are we perhaps all caught inside a spiral? the universe spirals around us, the black hole recently photographed also spirals, the travellers in Dante’s Inferno spiral into the abyss.

I am not the first to have made the connection between Dante’s Inferno and the nautilus shell.

Do the Black Holes spiral clockwise or anti-clockwise? Galaxies are presumed to spiral in both directions equally, but that is because it depends which side you view them from. However, a black hole by its very nature can only be viewed from one side. The Black hole photographed in 2019 spirals clockwise. It is estimated to be 38 billion kilometers wide. 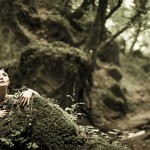 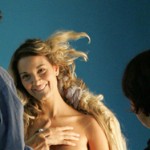 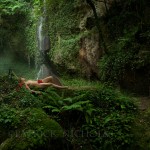 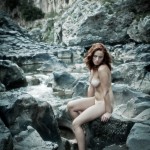 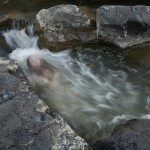 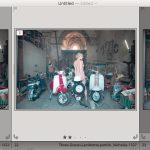